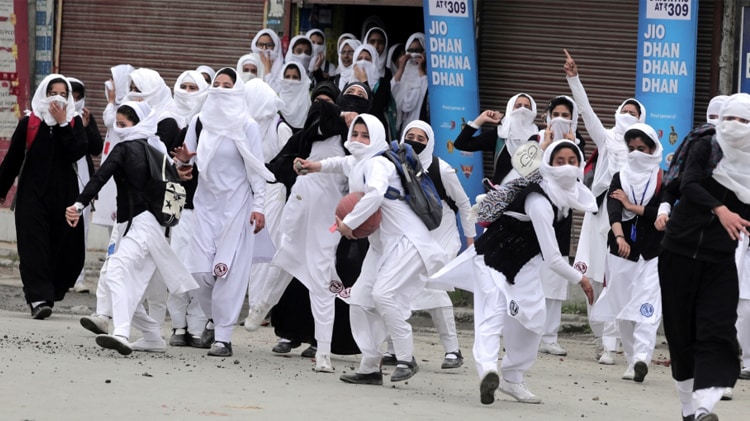 Keeping up with their irrational and high-handed behavior, India has ordered the internet service providers (ISPs) in Indian-administered Kashmir to shut down Facebook and WhatsApp along with 20 other social media websites and online applications.

Several videos and photos surfaced on the internet where Kashmiris were being brutally abused by the Indian security forces following a violence-plagued local election on April 9th. In order to prevent further protests and public outrage, a month-long ban on social media websites has been announced in the restive valley.

Indian authorities have justified their behavior by claiming that the social media websites were “being misused by anti-national and anti-social elements” and “it was in the interest of maintenance of public order.”

The government hereby directs all internet service providers that any message … through the following social networking sites shall not be transmitted in Kashmir Valley with immediate effect for a period of one month or till further orders, whichever is earlier.

The government has often been criticized for halting the internet services in order to prevent anti-Indian demonstrations from being organized but this is the first time authorities have completely shut down websites such as Facebook.

[The ban] is to control the political space. The government is trying to control things in a military way which is not going to help.

The government is claiming it has taken this step to calm the situation down. In the absence of social media, rumors can be more dangerous as we have seen in past.

The move has come against the students of Kashmir who have protested repeatedly against the brutalities of the Indian armed forces in the region. The authorities believe that they are all fanned through social media.

Not long ago, a local police officer claimed that over 350 WhatsApp groups were being used to “undermine the authorities”, of which 90 percent were shut down.