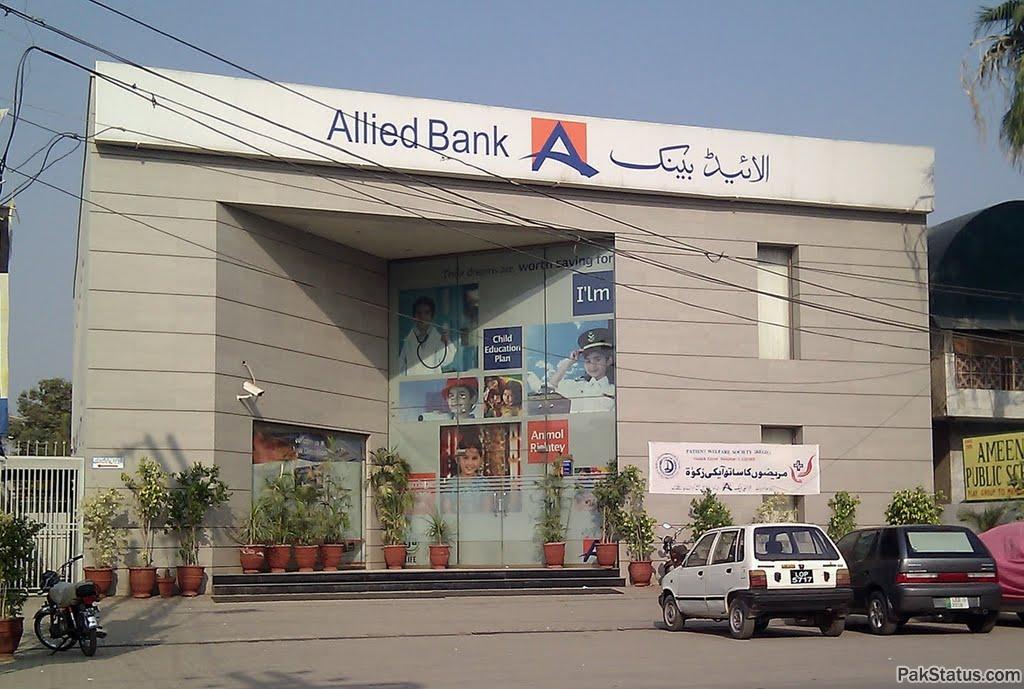 Allied Bank of Pakistan (ABL), like many other major banks in the country, witnessed a decline in their profitability.

Its profits dropped by a massive Rs 1 billion for the first quarter of 2017.

According to its financial statement (consolidated), the bank posted a profit of Rs 3.76 billion during January to March 2017 as compared to Rs 4.81 billion reported in the same period of last year.

Surprisingly, ABL witnessed a reversed trend in the banking industry unlike other others. Allied Bank’s income through interest avenues was stable, however its non-interest fell significantly.

The bank made an amount of Rs 8.39 billion through interest income during the first quarter of 2017, showing a modest growth of 2 percent from the same period last year.

ABL, the fifth largest bank of Pakistan with more than 1,000 branches countrywide, suffered Rs 1.6 billion loss from its non-interest sources of income. Its non-interest income decreased to Rs 2.24 billion in the first quarter of 2017 as compared to Rs 3.91 billion income made in the same period of 2016.

The bank earnings from non-interest heads dropped significantly including gain on securities, income of dealing in foreign currencies, dividend and other income.

However, the bank paid out a generous dividend of Rs 1.75 per share to its shareholders in this quarter. The bank’s earning per share stands at 3.21 which reduced from 4.21 from last year.

ABL witnessed a change of leadership last year as its Chief financial Officer (CFO), Tahir Hassan Qureshi was promoted and appointed to be the Chief Executive Officer of the bank .

He was first promoted to be CEO from CFO last year in June 2015 in place of Tariq Mahmood but he was again asked to continue his old responsibility at the bank.

He replaced Tariq Mahmood, one of the senior most serving bankers in the country, with over 40 years of rich banking experience.