Following up on the regulations released for drama serials, Pakistan Electronic Media Regulatory Authority (PEMRA) has released a set of rules and instructions for morning shows as well.

PEMRA mentions that TV channels of all categories – whether they fall in the news, current affairs category or entertainment genre – air morning shows. What started as a source of information and entertainment for viewers has been turned into a race for ratings and revenues by the TV channels.

Pakistani viewers have shared their reservations with PEMRA about the activities in the morning shows and the kind of attire they sport in the name of fashion. According to complaints received by PEMRA, the morning shows are based on a specific set of topics only which include:

According to viewers, the morning shows don’t have enough topics to talk about which leads the acting host of the show to discuss their personal affairs on the show. PEMRA notes that there is no delay mechanism for taking live calls on the show and there is no censorship for these calls either.

In light of the above issues, the regulatory authority has issued the following instructions: 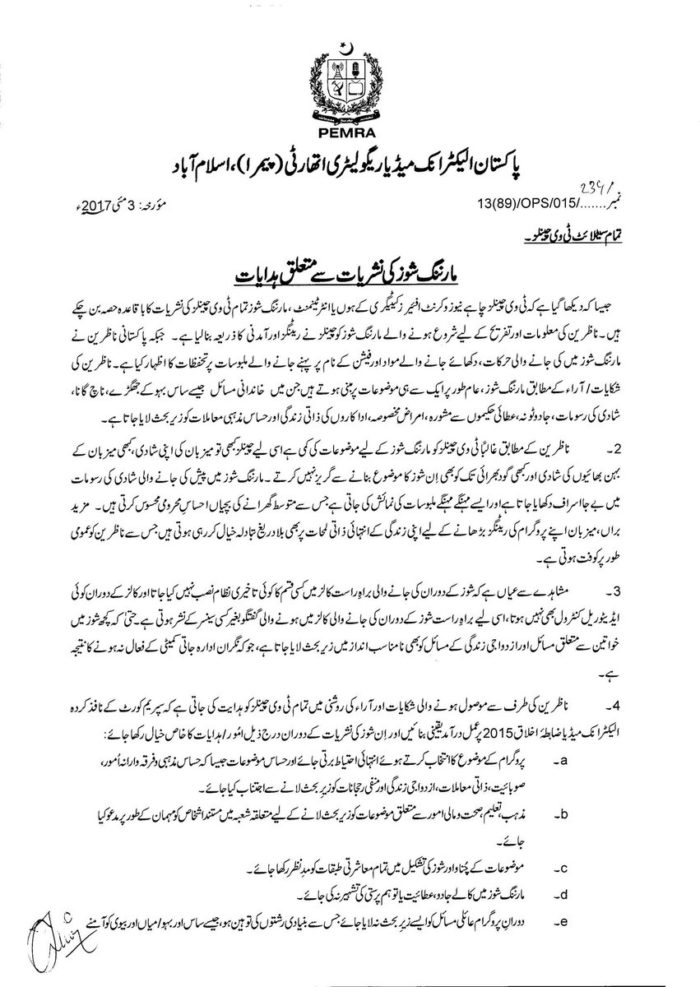 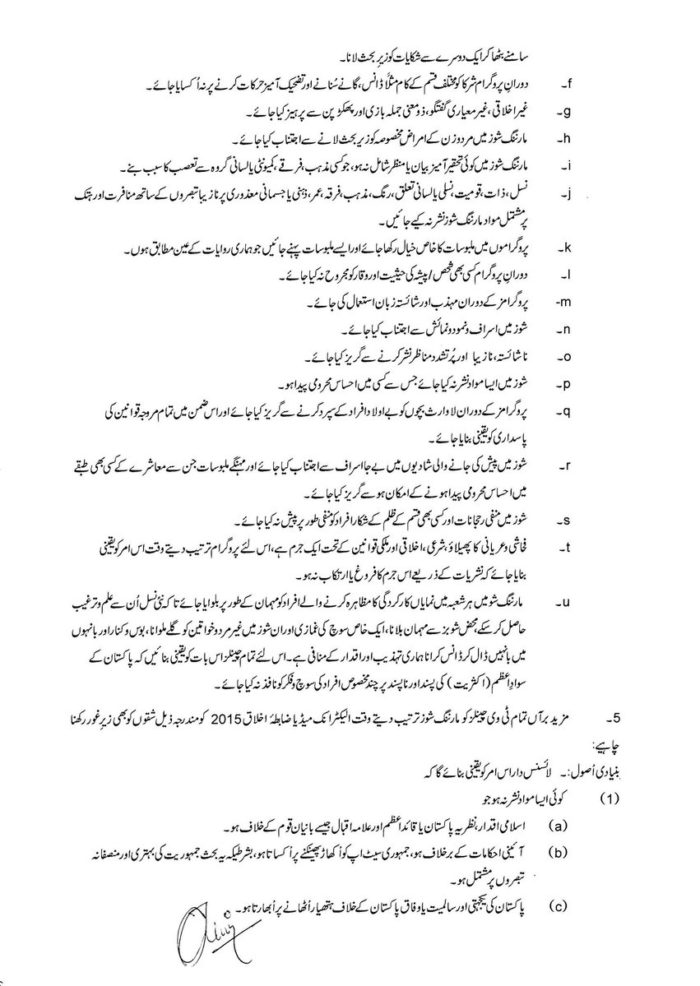 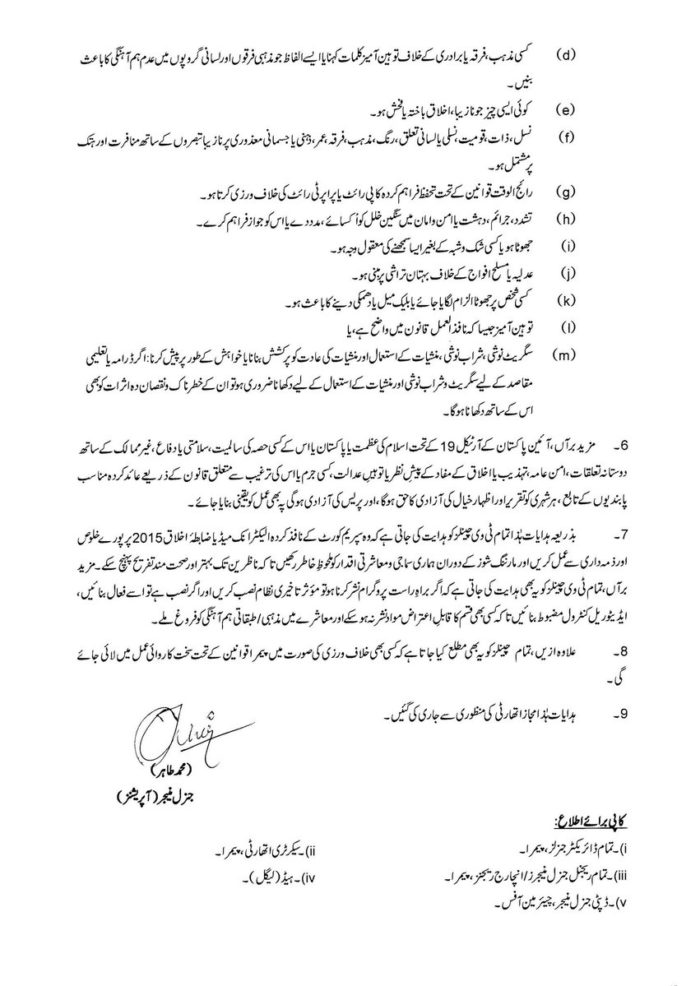 PEMRA has been handing out bans and notices for morning shows as well. Geo TV’s show “Geo Pakistan” was banned by PEMRA for airing inappropriate content. In addition, about 2 months ago, a show cause notice was sent to TV One for a morning show on account of objectionable content.