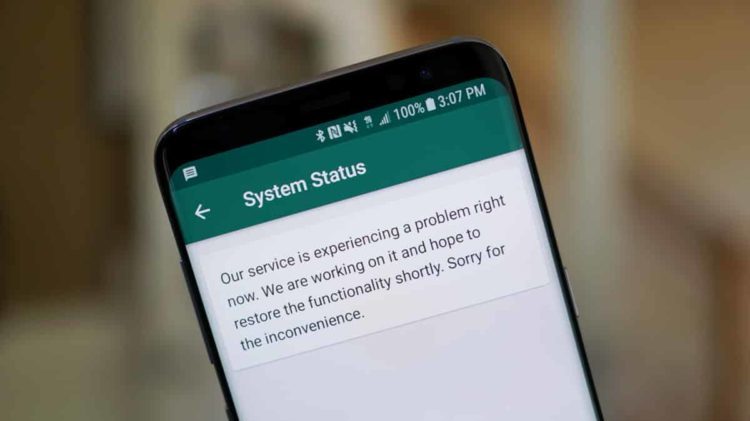 WhatsApp went offline for a few hours yesterday and resulted in more than a billion users being unable to use their primary communication service. Remarkably, this is the first time WhatsApp has gone globally since its inception.

When users tried logging into the app, a notification saying “The app is trying to connect” was shown. The app got stuck at this loading screen and failed to proceed.

Down For Everyone Across The World

An outage-tracking website Down Detector reported that the messaging app was down on every continent except Antartica.

A lot of users took to social media to complain about the issue with Twitter blowing up with complaints and reactions. When Gizmodo reached out to Whatsapp, the company said:

We are currently experiencing a service outage. Our team is working to restore service as soon as possible. We appreciate your patience.

Reuters reported that in Brazil, a lot of users switched over to Telegram for the two and a half hours of WhatsApp outage. The company hasn’t revealed the cause of this issue yet. As the service came back online, the only response WhatsApp gave was:

We were experiencing a temporary outage. Our service is now restored. We appreciate your patience.

Outage of This Scale Hasn’t Been Seen Before

WhatsApp has had its own share of problems but the magnitude of this outage hasn’t been seen before. The Facebook-owned messaging service has received a bunch of new features over time. On the other hand, image and video quality of files sent through the app has also deteriorated.

The images, in particular, are compressed much more than before which results in  pixelated photos. You should avoid sending important images and videos through WhatsApp and rely on cloud sharing services or better messaging apps instead.