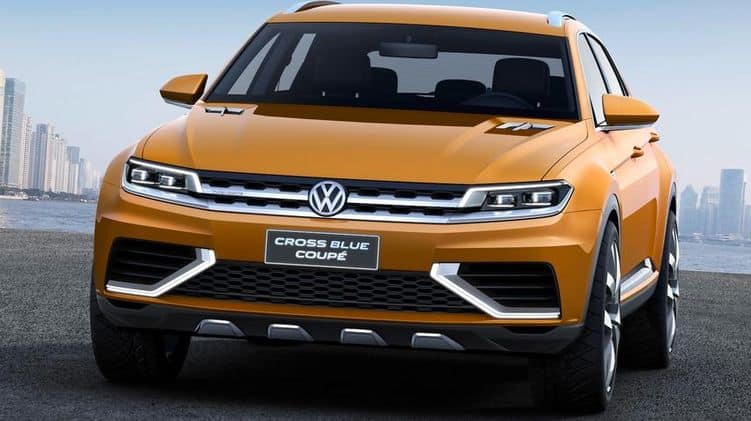 Volkswagen’s vehicle portfolio is slated to get a substantial rise in the number of SUVs it currently offers. The next three years will see the brand expand its crossover and full SUV lineup while introducing some affordable electric vehicles.

During the company’s first ever annual brand session for 2017, Herbert Diess, Head of Volkswagen marque, said. “By 2020, we will expand our worldwide SUV model portfolio from 2 to 19.”

This rapid change in strategy indicates market’s change in demands. Volkswagen is set to launch 10 new models in 2017, which include the recently introduced seven-seater Atlas SUV, 5 door ‘coupe’ Arteon, long wheelbase Tiguan Allspace and the revised Up.

Upcoming models include the brand new Polo and Polo-based T-Roc SUV. Plugin hybrid Phideon is also due for the third quarter of the year. The end of the year will see the brand unveil the third generation Touareg, Jetta and Virtus.

A few of these vehicles will be region specific and limited to certain markets in North and South America.

It is possible that the company may be counting its Atlas (Teramont in China) and Tiguan (Tiguan Allspace) as separate models to reach the number 19.

On the other hand, Volkswagen is all set to switch away from Diesel vehicles and Electric Hybrids could take charge following 2020.

VW says the roll-out will be the biggest product offensive in its history and that it aims to sell a million electric vehicles per year by 2025. Its CEO clearly announced the company’s change in strategy, “The brand’s success hinges on its strategic reorientation”.

Regarding the emission test cheating scandal, Volkswagen hopes to have it completed in Europe by the end of 2017 while other regions could have their cars fixed “soon”.

In Pakistan, the company is said to launch T6 and Amarok (SUV). However, even the Pakistani market is bound to be influenced by the sudden change in plans at Volkswagen. The popularity of crossover SUVs in Pakistan is another factor supporting the launch of such vehicles in the country.

Since the car maker is moving away from diesel vehicles and electric charging stations are being introduced in major cities, electric vehicles could be introduced in Pakistan as well.