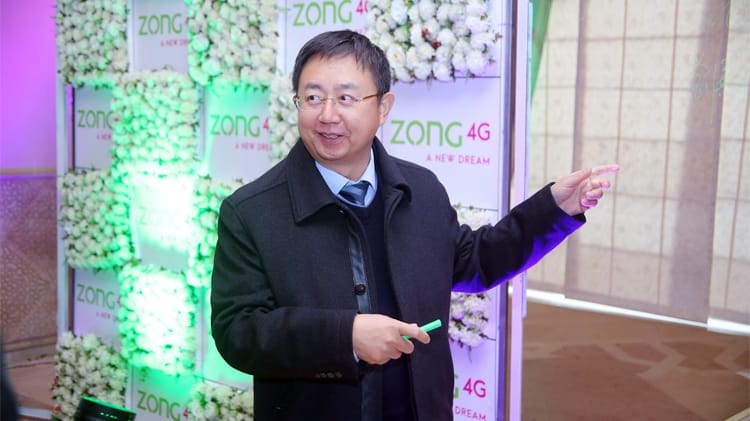 Zong has announced its Q1 performance results as well as its future plans for the remainder of 2017.

The company has probably outpaced and outperformed all its competitors in terms of providing relief to its customers as well as leading the industry with the highest level of innovation and creativity.

Zong has seen a positive growth of more than 30% compared to Q1 results of 2016, outpacing any other operator for its GSM business. Its 4G subscribers have grown by 396% from June last year and 3G subscribers by 30%, total number of sites upgraded to 4G is 80%, which will be 100% at the end of the year covering more than 300 cities of Pakistan, a coverage trend no other operator has currently.

In terms of its innovation and creativity, Zong leads the industry with MBB and was essential in establishing the MBB and 4G device landscape in the Pakistani market.

Other than just the network, the company made a conscious effort to improve its visibility via television ads, newspapers, mega billboards as well as social media. This was a far cry from the previous years where Zong’s visibility was low. For any CEO, financial muscle and the ability to continue to invest in a challenging market is a key differentiator for his organization, but with the backing of CMCC (China mobile’s parent company), this seems to be a non-issue for Zong’s CEO, Mr. Liu Dianfeng.

The company, in Q1, announced financial spending of more than $200M on top of its $2B spent already in the Pakistani market to continue to expand its 3G/4G network in Pakistan even further. It is to be noted that Zong has the highest 4G market share of 75% in the nation.

The turnaround of the company doesn’t just stop at the network and commercial side of the company. In 2016, Mr. Liu Dianfeng gave a new vision to its employees, to help Pakistanis in improving their lifestyle and take it to a new level through the latest technology and innovation. Under this umbrella, Zong launched their first ever Corporate Social Responsibility report outlaying their plan to help the underprivileged people of Pakistan in all provinces by highlighting 4 major sectors including, Health, Education, Law and Order and the Civic Area, all areas where the company has launched and executed substantial projects in each province of Pakistan. Zong’s new initiative of its volunteers was also a key milestone under the same direction of their CEO tagged as “A New Hope”.

It is important to note that the company has undergone a major transformation in the last 2 years under the leadership of its new CEO, Mr. Liu Dianfeng, who in his past career has led the commercial domain in Beijing as Chief Commercial Officer as well as Chief Network Officer for more than 2 years each, leading him to understand and manage the 4G business in a better fashion. In 2016, due to the excellent performance of the company, Zong’s CEO announced the highest amount of bonuses to all its employees sharing the success of its business growth with the people who make it happen, creating a more stable and a more motivated team.

Highest ever recorded revenue growth, highest 4G market share, largest and best quality 3G/4G network, widest network coverage of 4G in more than 300 cities, re-launch of a new and more visible, vibrant brand, new product innovation of MBB, more and more platform partnerships like Facebook, YouTube and Google, a more streamlined focus to helping Pakistanis to an improved lifestyle, customized applications, is nothing but turning a struggling company around and are all key achievements for Zong under Mr. Liu’s tenure.

For the remainder of 2017, Zong has committed to increase, enhance and improve their network quality and coverage for the most far flung areas of Pakistan at the most affordable rates for its customers, having an even stronger and focused approach on its Corporate Social Responsibility areas to help the people of Pakistan in every sector.