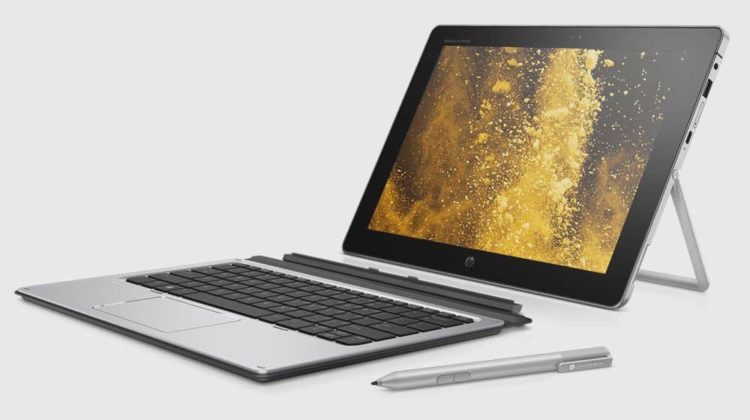 HP has announced an update to its Elite x2 convertible with the new 1012 model. The 2-in-1 comes with a bigger display as well as improvements to its internal specs. An additional plus is its better repair-ability.

Designed as a Surface Tablet competitor the Elite X2 is a Windows 10 convertible by default.

For one, the display here is a larger 12.3-inch panel with an even better WQXGA+ (2736 x 1824) resolution with up to 450 nits of brightness and Corning Gorilla Glass protection. There’s also a 165-degree kickstand on the back as well as Harman Kardon-built stereo speakers on the front.

This would give it an edge against other convertibles which lack a good speaker system.

Under the hood, you get a Core i3 Kaby Lake processor with integrated HD Graphics 620. That’s coupled with up to 16 GB RAM and a 1 TB PCIe-based SSD. You can also get up to a Core i7 Kaby Lake with the same graphics option.

On its sides are, a USB-C 3.1 Thunderbolt port with a standard USB 3.0 port, alongside a microSD slot, a SIM card slot and a headphone jack. There is a duo of 5 MP (with IR face recognition) and 8 MP (with an LED flash) cameras on the front and back, respectively.

Wireless connections include Bluetooth 4.2, Wi-Fi ac, and LTE. A fingerprint scanner on the back is an odd design choice considering that the convertible is used in “laptop” and “tablet” both. The audiojack will provide support to all your existing headsets. The Elite X2 can last up to 10 hours on a single charge.

Another added perk is the bundling of a keyboard and pen with every unit sold. You have the option to upgrade your keyboard with NFC and Smart Card support. All of the keyboard options include backlighting which is a small but convenient feature.