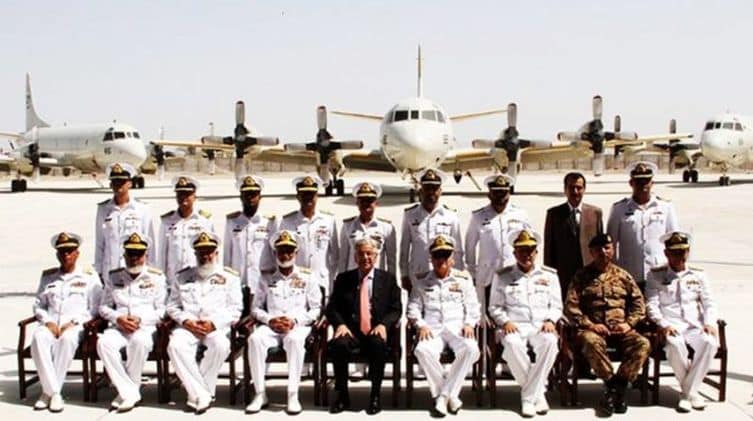 Pakistan Navy has started operations officially at its new naval air base at PNS Siddiq at Turbat, Balochistan, after being formally commissioned in 2014.

This base will provide air surveillance and defence cover for Gwadar and Ormara sea fronts. More importantly, this air base also holds strategic importance for the China Pakistan Economic Corridor (CPEC) given its strategic location.

The development of the Naval Air Station at the western periphery of Pakistan is one of many steps undertaken by Pakistan Navy for socio-economic uplift in the country.

With the Naval Air Station in Turbat officially operational, Pakistan Navy will get the much needed depth, flexibility and reach to counter emerging challenges. These challenges include deterring terrorism at sea, curbing piracy and carrying out maritime security operations.

The new runway has been constructed in accordance with modern specifications and it will also have the capability to handle heavier aircraft from Pakistan Navy as well as other services and Civil Airlines. The very fact that his runway is planned to be used by private sector as well, will surely boost economic activities in the region.

The air base will provide air surveillance and defence cover for Gwadar and Ormara sea fronts.

During the past few weeks, this is the second strategic activation by Pakistan Navy. PNS Hameed, a Very Low Frequency (VLF) radio facility for communicating with Navy’s submarine fleet, went operational before Turbat’s air station.

A ceremony was held at PNS SIDDIQ, at Turbat Balochistan yesterday. Khawaja Asif, Minister for Defence, was the Chief Guest on the occasion. Chief of the Naval Staff, Admiral Muhammad Zakaullah, was also present. The ceremony was attended by a large number of Pakistan Navy, military and local civil dignitaries.

During the ceremony, Pakistan Navy P3C Aircraft, Z9EC and Sea King helicopters participated in an impressive fly past.

Khawaja Asif, during his address, highlighted that this major Naval facility will boost Pakistan Navy’s capability in defending the region, enhancing Pakistan’s Naval power over the Arabian Sea and especially its strategic reach westwards.

Earlier in his welcome address, Commander Coast Rear Admiral Abdul Aleem highlighted the strategic and economic importance of the Naval Air Station. He also underlined Pakistan Navy’s efforts in providing quality education, healthcare and employment to the people of Balochistan in general and the people of Turbat in particular.

Commander Coast extended his felicitations to all Pakistan Navy officers who remained associated with this mega project and made untiring efforts in turning this dream into reality. He also thanked the Ministry of Defense for providing support towards completion of this state-of-the-art Air Station.