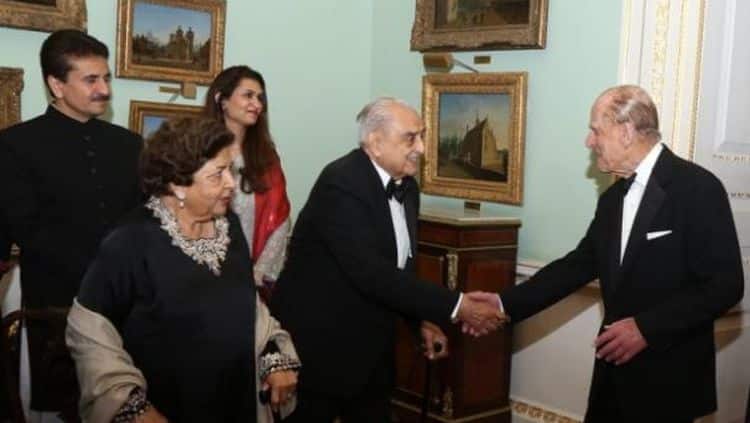 Pro-Chancellor LUMS, Syed Babar Ali has received the The Pakistan Society Award 2017 from Prince Philip, the Duke of Edinburgh, for his services towards conservation, government, and UK-Pakistan relations. This is the first time that the award has been given to someone not residing in the UK.

A renowned entrepreneur and philanthropist, Syed Babar Ali envisioned and set up many leading companies, most of which are joint ventures with major multinationals. He was appointed as the first Pro-Chancellor at Lahore University of Management Sciences (LUMS) in 1985.

In 1992, he founded the Ali Institute of Education for training of primary and secondary school teachers. He is a member of the Boards at Aitchison College, Kinnaird College for Women and the Lahore School of Economics.

Syed Babar is also the Founding Member of the South Asia Initiative of Harvard University and the Co-Chair of South Asia Centre for Policy Studies currently based in Nepal.

Babar promoted the cause of the World Wide Fund for Nature (earlier World Wildlife Fund), where he served in various capacities from 1972 to 1996, both in Pakistan and internationally. He was the International President of WWF from 1996 to 1999 succeeding Prince Philip. He is now the Vice President Emeritus, WWF International, and President Emeritus WWF-Pakistan.

Former high commissioner to Pakistan, Sir Nicholas Barrington, said that the award was being given to Syed Babar Ali “for the advancement of public knowledge and understanding of Pakistan in the United Kingdom and beyond”.

The Pakistan Society Award was inaugurated in 2004 with the aim to recognize a person or group who has contributed significantly to the advancement of public knowledge and understanding of Pakistan in the UK. The Pakistan Society was founded in 1951 and is based in London. This international organisation has four hundred members of both British and Pakistani origin.

The Society aims to increase public knowledge in Britain of the arts, history, geography, economic life and institutions of Pakistan. It does this through a series of lectures, meetings and social events, usually held at the Pakistan High Commission. His Royal Highness, Prince Philip, the Duke of Edinburgh and President Mamnoon Hussain are the patrons of the Society.