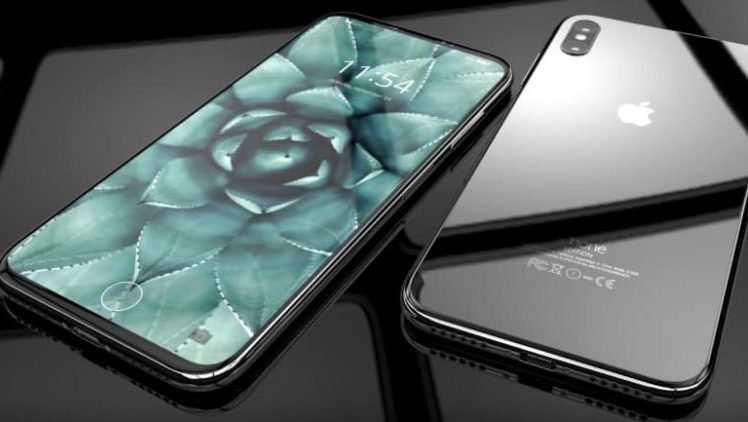 Now that big name smartphone makers like Samsung, Huawei, Oppo and Vivo (the latter two being runaway successes in China) have released their flagships for the year, all eyes are on Apple and its upcoming iPhone 8 launch.

Every year Apple launches a new iPhone around September. As the announcement closes in, leaks start popping up everywhere about the phone’s design, specifications, battery etc. This year will also mark the 10 year iPhone anniversary as well. Some believe that this year Apple will release an iPhone “X” to mark the occasion. However, nothing is confirmed so far.

We’ve rounded up the major rumors surrounding the iPhone 8 and listed them below. Here’s what we know so far. 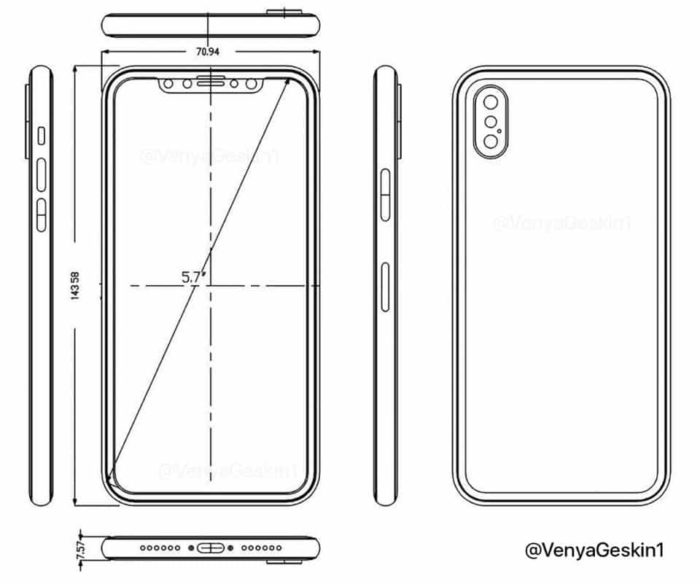 This particular design blueprint showed up on the internet a while ago. If this is the design Apple has opted for it leads to some interesting speculations about the iPhone 8.

For one, it might have an edge-to-edge display not unlike the Samsung Galaxy S8 or the LG G6. Is Apple following the industry for once? Following the trends instead of setting new ones?

Another interesting change is the vertical alignment of the primary cameras. This may be a sign of Apple stepping into the AR realm. Company CEO Tim Cook has officially stated the AR will be a big focus area for Apple in the future. An iPhone with AR capabilities is the way Apple seems to be going in with this.

Based on the schematic, folks on the internet have created CAD renders of the iPhone 8. 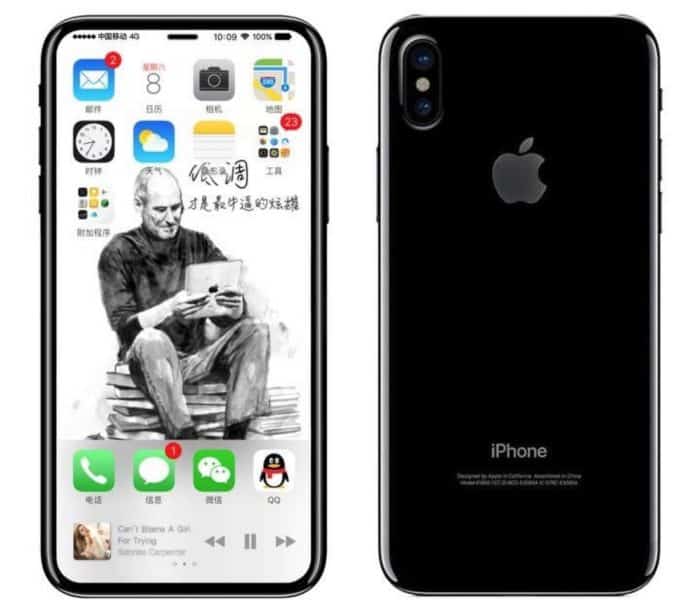 As for the display the iPhone 8 is rumored to have a 5.8 inch OLED screen. Another rumor points towards a Touch ID home button integrated directly into the screen. This is like a mix of Samsung Galaxy S8’s on-screen home button and Xiaomi’s under-glass fingerprint sensor.

The rumor also says that the bottom of the display will feature an always-on functionality with varying options that change with the app you’re currently using. This would effectively reduce the actual screen size to 5.2 inches. 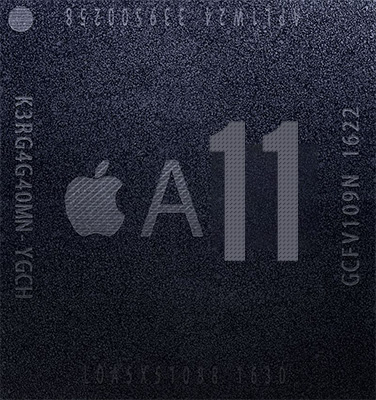 The current iPhone 7 is powered by an A10 fusion chip. If Apple follows their naming convention, then the iPhone 8 will use an A11 fusion chip this year.

A leak by BGR points towards the iPhone 8 using 3 GB RAM, slightly higher than the iPhone 7’s 2 GB.

As for the memory the base model is rumored to have 64 GB of internal storage going all the way up to 256 GB for the top-end model. The headphone jack is not coming back as the iPhone 7 and 7 Plus recorded big sale numbers. Apple might stick with its decision and could include the wireless Airpods with the phone instead.

As seen earlier in the leaked schematics, the iPhone 8 might have a dual camera setup like the iPhone 7 Plus, in vertical orientation. The front camera is rumored to be able to take “3D selfies” and will be able to use facial recognition technology with the aid of an IR sensor on the front.

Not much is known about the rear cameras aside from the fact that they’re vertically aligned and will use a similar telephoto+regular sensor like the last year’s iPhone 7 Plus.

Apple could update the battery capacity to cover for the larger display. The exact capacity is still unknown. It can however hop on the fast charging bandwagon this year with a Tristar 3 Hydra chip. Wireless charging is also rumored with inductive charging capabilities instead of over-the-air charging.

Apple seems to be on schedule for an iPhone 8 release some time later this year (presumably September). It could be called the iPhone X or the iPhone 8, both are unconfirmed at this point.

This time around the Cupertino-based smartphone maker could go all out with the price and charge a hefty $1,000 for the phone. Better features usually equate to higher pricing but we’ve seen companies like Xiaomi and Oneplus prove that wrong time and time again. But then again, that’s Apple for you.

For now we can only wait and see what Apple has waiting for us all this year.