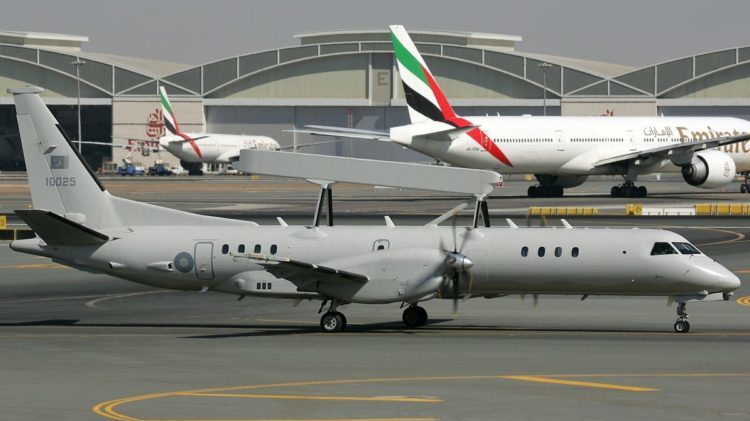 PAF is aiming to increase its AEWC fleet. As of now the fleet contains 3 Erieyes in 3 Squadron and 4 ZDK-03s in Squadron 4.

Sweden based Saab issued a press release on May 15th detailing the transaction as one between an anonymous party and the aircraft maker. The contract for the AEWCs was signed for 1.35 billion Swedish Krone or around Rs. 16.3 billion.

Aircraft deliveries are scheduled from 2017 all the way up to 2020.

Saab did not disclose the customer’s name, as per their policy, but it is probably the deal with PAF.

Back in August 2012, two Erieyes were damaged during a terrorist attack on PAF Base Minhas. They have been successfully returned to service after necessary repairs. The repairs were made by PAF personnel at PAC Kamra with Saab’s support. The last one was returned to service in 2016.

PAF ordered 4 Erieye planes in 2005 which were delivered from 2009-2011. Additionally PAF has also built an indigenous C4I system with a surveillance system and surface-to-air weapons under Project Vision (started in the year 2000).

Currently the information from the ZDK-03s and Erieyes is data-linked at PAF Air Defence HQ in Chaklala, which gives the PAF a single recognized air picture.

Earlier PAF announced that it is going to upgrade the C-130 aircraft with new flight systems.

The new flight systems will give the C-130s advanced features such as better navigational capabilities in severe weather conditions, advanced communication systems and modern aviation features.