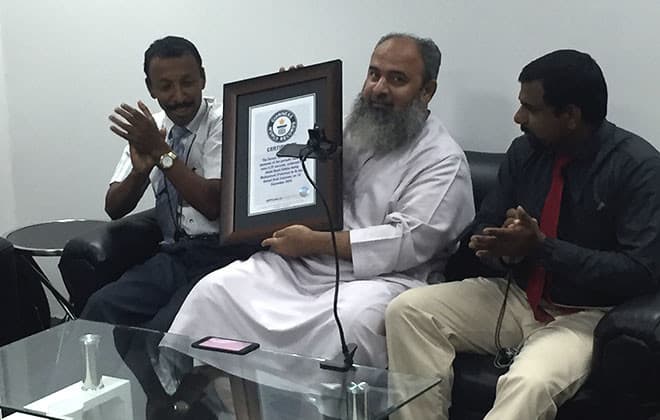 Remember the Pakistani guy who set a new world record by being the fastest person to identify all the elements in the periodic table just a few months ago? Well, just like he promised then, he is back at it again and has just been recognized by Guinness World Records for making another record as a fast texter!

A memory-genius and a very humble person by nature, Abdul Basit currently resides in Dubai. He holds a B.A. degree from Bahauddin Zakaria University, Multan, and is an MBA (MIS) from IBA, Karachi. He is married, has three kids, and earns his living as a mental-calculations and memory trainer at an American institute. 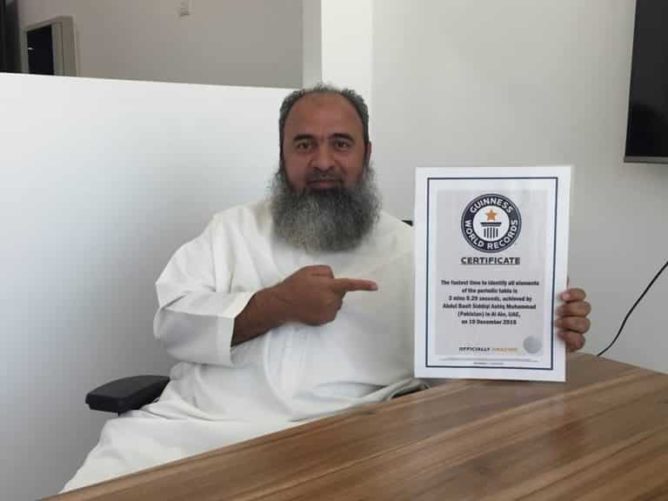 “In mental calculations, I am not anything like a genius but from my childhood, I was pretty good at it,” Abdul Basit told ProPakistani, back when he attempted his first record. “I touched pretty much every field, science, commerce, arts. But the subjects with numbers, I liked the most,”

In December, Abdul Basit achieved his first Guinness World Record — he managed to identify all the elements of the periodic table in 3 minutes and 9.29 seconds.

He said that he “planned to break a new world record in a different category every 6 months!

True to his word, he has managed to score another world record, recognized by the renowned Guinness World Records. Yes, texting may be the main form of communication for millennials, but this respectable gentleman has beaten them in their own game. He is now officially the fastest person to type a text message on a mobile phone using Swype technology. If you don’t know what Swype is, its an onscreen keyboard app that lets you type on a touch keyboard using gestures — gliding your finger across the screen from one letter to another to make up a word.

Just like last time, his main motivation for attempting the record was, like it says on the record’s page, to inspire his students.

“I just do it to tell my students that if they have some target or a goal in life, and they are determined to achieve it, no one can stop them.”

When asked about how he practiced for the event, he said that he doesn’t get much time due to his tough teaching schedule. Usually, he spent just 15 minutes on a daily basis to practice for the record. That time also includes the few seconds he managed to utilize every time his car was at a red signal.

The record itself was attempted on the 22nd of May in private settings in an office with four cameras to capture the event. Two official timekeepers and two judges were also present to ensure the fairness of the attempt. To achieve the record, Abdul Basit had to type out the required text and hold up the mobile at full arm’s length once he was done.

As you can see in the video above, Abdul Basit managed to type the whole text in 17.5 seconds. For better visibility, here is the full content of the text he was asked to type:

“The razor-toothed piranhas of the genera Serrasalmus and Pygocentrus are the most ferocious freshwater fish in the world. In reality they seldom attack a human.”

Abdul Basit is determined to continue breaking records. His next goal is to memorize the most decimal places of Euler’s number, an irrational number that is considered to be very important in the field of Mathematics.

You can also catch Abdul Basit on his YouTube channel, NumberTainment, a video hub for anyone looking to learn quick mathematical tricks and the art of mental calculations.