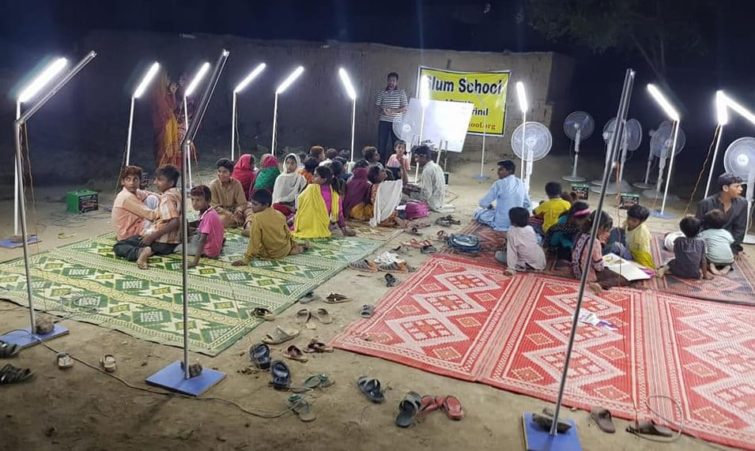 Some people just don’t give up, do they? They tackle problem after problem, not letting anything deter them from their path. For them, every obstacle is just another opportunity, waiting to be taken head on.

Rohayl Varind is a 21-year-old youth from Faisalabad who runs his own school for the unprivileged children of the slums. Winner of the World Youth Summit Awards in Sao Paulo, Brazil, in 2015 and the architect of “Wall of Humanity” movement in Pakistan, Rohayl has come to be known as a prominent and dedicated social activist.

Since being inaugurated in January of this year, his slum school has been a home to around three dozen children. Apart from teaching them the basics of education, they are also made to learn basic ethics and etiquette and given free provisions of food bags, books, and stationary in the slum of Faisalabad. 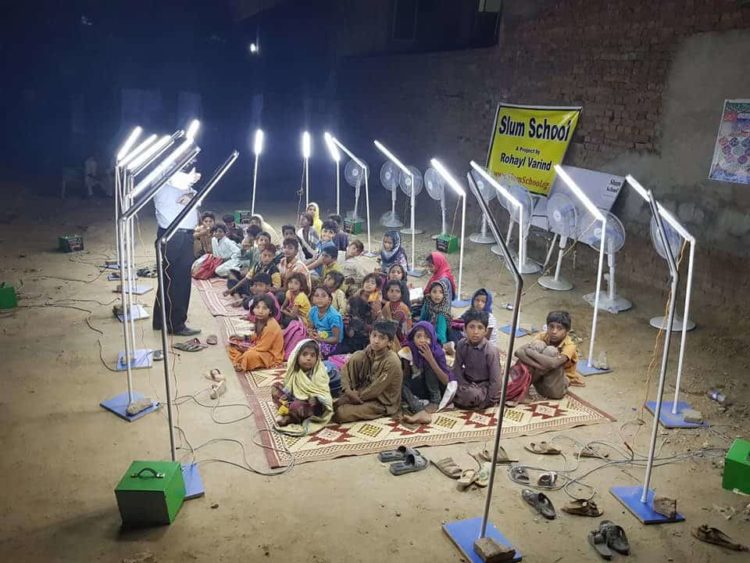 This Ramzan, Rohayl was faced with a tough challenge in how to carry on his slum school. The heat in the day would make it too hard for the teachers and students who practice fasting, while teaching in the dark was not an option due to lack of any proper equipment.

In this tough moment, Aseefa Bhutto Zardari, the daughter of the former President of Pakistan, Asif Ali Zardari; and the late Benazir Bhutto, came to his aid. She had come across Rohayl’s work and was left impressed by his dedication and commitment, gifting a bunch of solar equipment to his school to help them conduct classes in the dark as well.

“We have 10 solar fans, 20 solar lights, and 10 solar panels and inverter/batteries.”

Now, the classes don’t need to be stopped after the dark and carry on past Iftar. The number of students who attend the classes has also swelled to 45. Rohayl shared that most of his students are the ones involved in child labor, getting some time out only after the dark to come to the school. Even some of the parents have also started attending the night classes.

“These are the people who work in the day and come to learn in the night.”

Apart from his teaching duties, Rohayl has also pledged to hold 30 iftars for the people at his slum school and Wall of Humanity.

He wants to encourage other people as well to start engaging in social activities. When asked about how people can donate to or help him in his venture, he said that he would “would prefer if people buy a board and a market themselves and start teaching unprivileged kids around them, like their maids, the security guards, their children, and so on.”