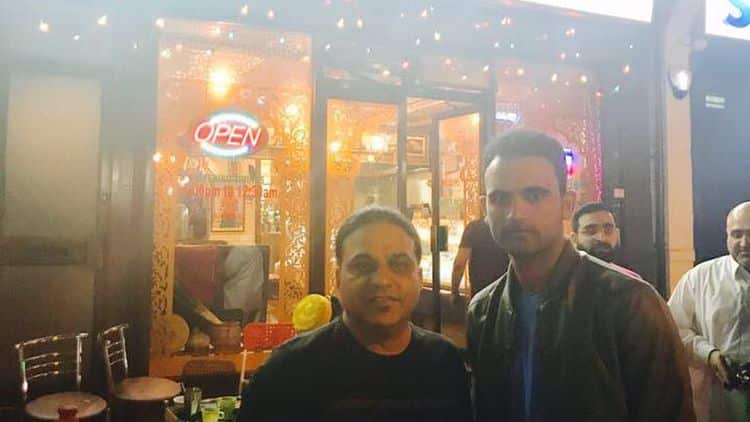 A restaurant in London named ‘Khyber Pass’ serves a special menu that is clearly inspired by Pakistani politics. The fantastically named food items from the restaurant’s menu attracts customers from all over London, especially from Essex, where a large number of Pakistanis reside.

Not only is the restaurant a good place to dine out, but it also serves as a good conversation starter on important political scenarios back home. No wonder Pakistani expats just can’t seem to get enough of it.

The restaurant’s menu has been dubbed as “Captain’s Corruption-free Political Menu”, created by the manager of the place himself Azhar Hussain. He’s also known as Captain Azhar to his customers.

To give you an idea, here are some of the dishes that are served at Captain Azhar’s establishment:

Customers get to choose from two categories of dishes. The CPEC Lamb specialties include:

The Park Lane Chicken Delicacies include:

Azhar Hussain is a retired Pakistan army captain. He migrated to London a few years ago and set up his own restaurant business in London. The owner says that most of his customers are Pakistanis who want to eat food that reminds them of the taste back home.

Unsurprisingly, most of these customers often indulge in heated discussions on Pakistani politics. And they keep coming back for more.

Captain Azhar did do his homework before going with a politically-charged naming convention for his menu. Before launching the political menu, Azhar surveyed his customers to see if it would be a good idea. The feedback he received was mostly positive.

He says that the menu isn’t just names on paper but have got a lot to do with their politically spicy levels as well!

As for which are the most popular dishes, Captain Azhar mentions that Go Nawaz Go, U-turn and Shaikh Talli are the most requested ones.

It’s also important because we live abroad but our hearts and souls beat with Pakistan. Overseas communities take keen interest in affairs of Pakistan and they discuss Pakistan at the dinner table more than at any other place and enjoy their food.”

To dedicate a dish to Pakistan’s victory over India in the Champions Trophy final, a new dish named Fakhar-e-Pakistan will be available as a tribute to Fakhar Zaman. In fact, the heroic batsman also visited the restaurant before Pakistan’s match against India.

Once the MQM issue resolves, Azhar also plans on adding a dish related to the political party.

This isn’t the first time a restaurant has launched a political menu. About a decade ago, journalist Arshad Bhatti also launched a café named Civil Junction with an Emergency Menu in response to General Pervez Musharraf’s (Retd.) nationwide emergency 10 years ago.