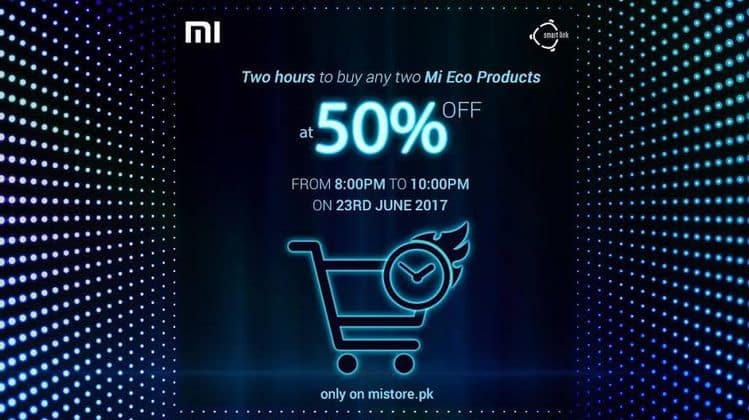 To thank fans for the overwhelming response on the launch of Xiaomi in Pakistan, the china based technology company announced a 50% flash sale on all eco products including power banks and mi bands among others.

The flash sale was conducted on the 23rd of June from 8 PM till 3 AM. Although the initial sale was supposed to end at 10 PM but due to the massive response by Mi fans, the sale was extended till 3 AM, the company said in a press statement.

As per our inside source, that we couldn’t verify officially, Xiaomi Pakistan managed to sell products worth a whopping 7 Million Pakistani Rupees on the day just during the flash sale alone.

This was the first time a mobile company ran a flash sale on it’s own e-commerce platform in Pakistan.

“We have made history. This flash sale has broken all records we had set and we are overwhelmed by the response Mi fans have given us. We are excited about upcoming events and hopefully we will be leaders in innovative sales strategies”, said Zain Aftaab, Director Sales and Strategy at Xiaomi Pakistan.

At around 10 PM during the flash sale, because of the overwhelming response by Mi fans, the Mistore faced heavy traffic on the website and went down for some time due to which some fans got frustrated and turned to the Xiaomi Facebook page for help.

Xiaomi, in response, responded to each and every query, updating people of the status of their orders and the extension of the sale.

The sale was later extended by five hours and continued till 3AM the next day.