Was Maryam Nawaz Being Dictated Via Earphone During Her Media Talk?
Skip to content 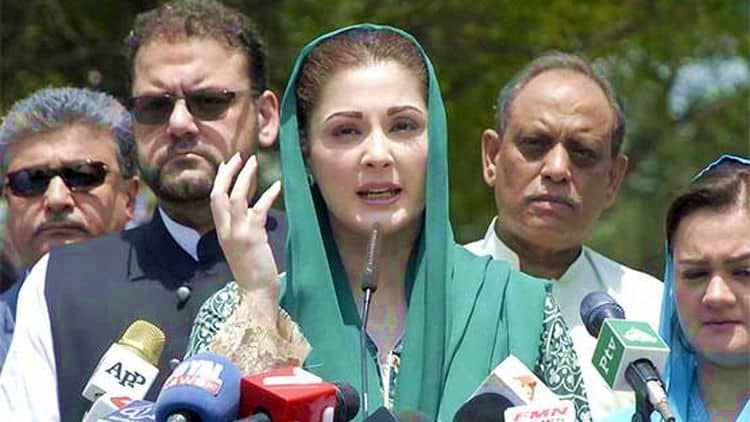 The Judicial Investigation Team (JIT) probing the Sharif family over the Panama Leaks is all over the media these days. Members of the Sharif family are summoned by the JIT every other day which is usually followed by a press briefing led by a member of the Prime Minister’s family.

Yesterday, Maryam Nawaz was summoned for the first time and she had to publicly speak on the matter on live television.

It was, without a doubt, a pretty high-stakes situation for the Prime Minister’s daughter, who, experts say, is hoping to make her entry into Pakistani politics. Yesterday presented her with the opportunity to do so as well.

Things Weren’t as They Seemed to Be Yesterday

Many observers who saw yesterday’s press conference, couldn’t help but notice that something was amiss. At times, it seemed as though Maryam Nawaz was trying to hear something. She repeatedly slowed down or repeated stuff.

A video of the press talk shows that Maryam Nawaz was using an earphone, however, it can’t be said with certainty that she was being dictated during her media talk.

If she was indeed being told what to speak over the air, it would probably be the first time that technology has been used in such a manner in Pakistan. Perhaps, given her first public appearance and in the backdrop of her grilling by the JIT, it couldn’t be too out of place to assume that she was been instructed how to conduct herself by a third party.

Previously, we have seen politicians use written notes for guidance, which in turn makes their speeches a bit emotionless.

Take a look at the video above and tell us whether you think that Maryam Nawaz was indeed using earphones and was being dictated during her press briefing or were the fumbles completely natural. Let us know in the comments below!