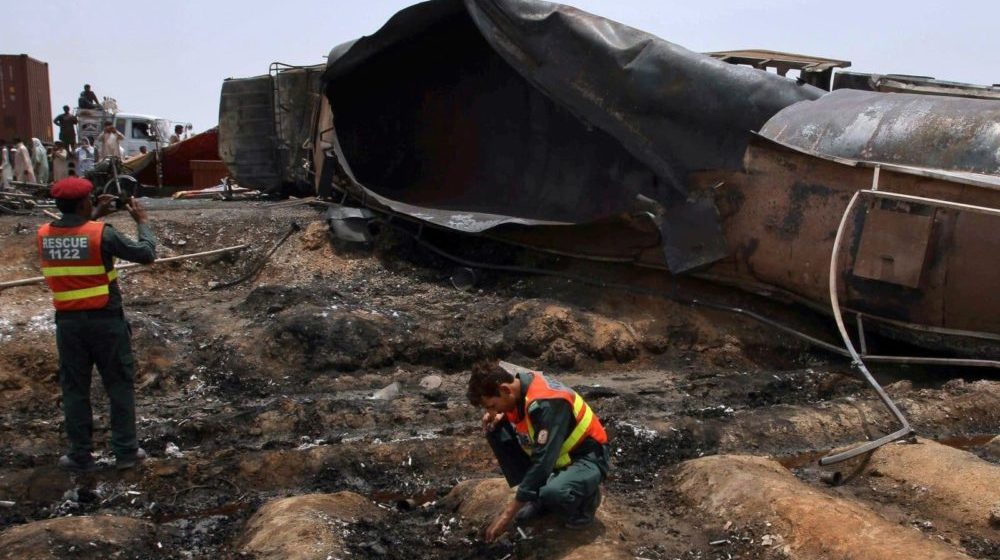 In the aftermath of the disastrous oil tanker explosion near Bahawalpur, Shell Pakistan was was fined Rs. 257 million by the government to compensate victims of the accident.

The blast on 25th June was one of the worst accidents to have ever occurred in Pakistan. A tanker carrying fuel oil ran off the road, with the oil leaking out as a result. Soon afterwards, many people in the vicinity  rushed to gather the fuel. The place was set ablaze accidentally, causing a massive explosion. More than 200 people died with dozens more injured.

It should be mentioned that Shell Pakistan is a subsidiary of Royal Dutch Shell, which is headquartered in the Netherlands.

Does Not Accept Liability

The company agreed to pay the fine. However they did not accept any liability for the incident. Shell Pakistan said that it would comply with OGRA’s directive adding that,

However, we do so while reserving the right to contest the fine.

OGRA ordered Shell Pakistan to pay Rs. 10 million fine in addition to Rs. 1 million to the families of every single person who died. About Rs. 500,000 per person was also to be paid to the injured.

Shell paid the fine as it “clearly recognize(s) that this was a tragedy that has deeply affected the community”.

More often than not, oil companies don’t agree to pay fines like these. They usually file a case and keep it in litigation for years instead.

Given this scenario, Shell Pakistan’s decision to accept the fine on the other hand sets an interesting precedent in the country. Perhaps multinational companies are hoping to be more conscious of their social responsibilities in light of such incidents.