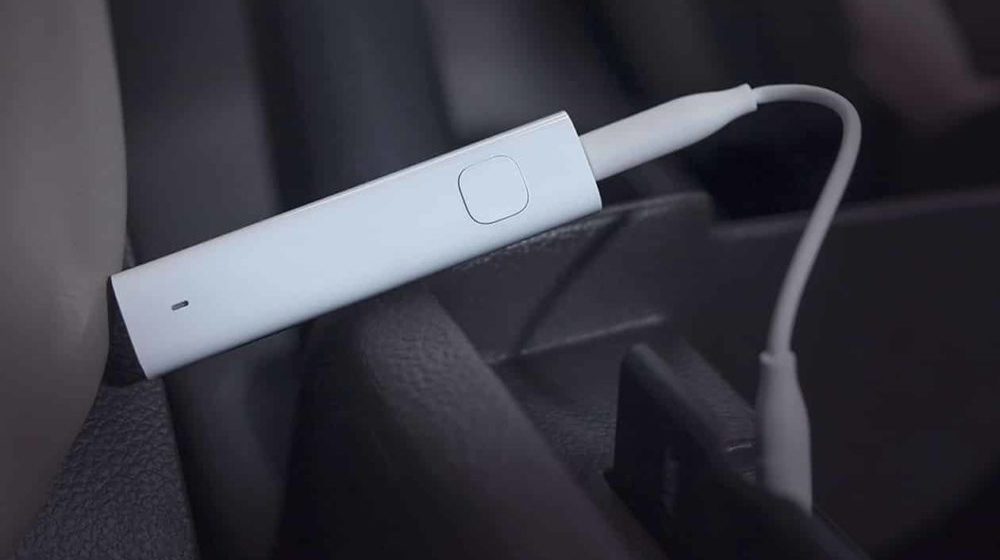 Xiaomi, fresh off the back from the best quarter in its history, is announcing a new range of products: Bluetooth receivers.

The news is not surprising given that Xiaomi became one of the latest companies to ditch the headphone jack with the Mi 6, necessitating the need for such a device if the bundled Type-C headphones don’t cut it.

Taking inspiration from other products made by Xiaomi, this Bluetooth receiver features minimal design with a rock bottom cost. Apparently, it is so cheap that it doesn’t even have a proper name, with Xiaomi marketing it merely as a “Bluetooth receiver”.

Design-wise, the receiver features just a solitary button on the front, with a clip around the back to allow it to hang on to your clothes. It also tips the scales at just 10 grams, which means you can forget it is even there after a short while.

For connections (apart from the obvious one, Bluetooth 4.2) you get microUSB, which also charges the receiver to provide a backup time of up to five hours. The battery capacity is set at 97 mAh, though we don’t know how long it takes to top up.

Due to its low price tag, it is not surprising that the Bluetooth headset doesn’t support higher-end features such as the Apple’s MFi, which allow you to control music straight from your headphones, among other things. Things such as Bluetooth aptX audio and integrated amplifiers are also a no-go.

Featuring the same penetration-based pricing of most other Xiaomi products, the Bluetooth receiver costs just 99 yuan, or $15, to own. The Xiaomi Bluetooth receiver may or may not make it out of China, where it is available for now.

Here’s to hoping it becomes available in Pakistan in the near future.