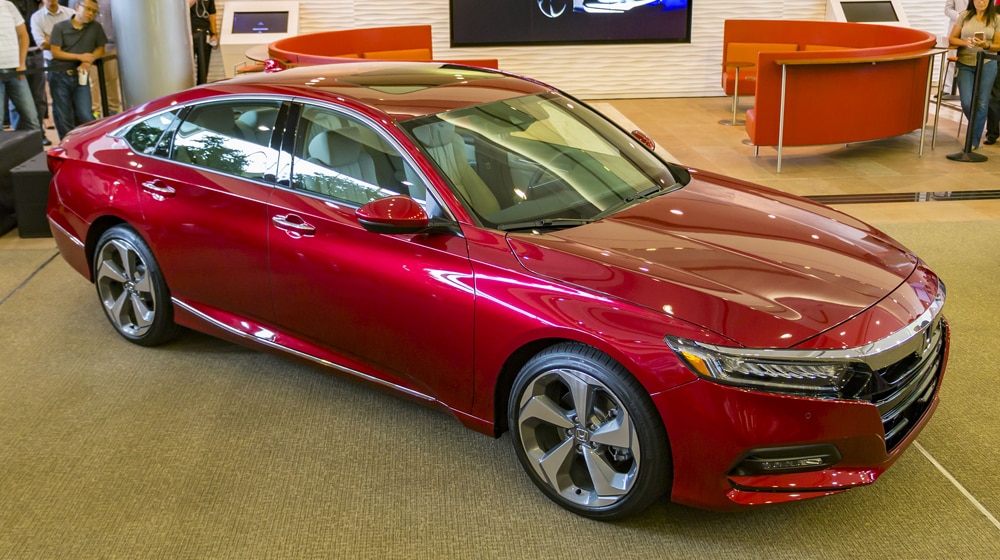 Honda has unveiled its 10th-generation Accord sedan, perfectly timed to challenge the 2018 Toyota Camry for supremacy in midsize sedan sales. The all-new 2018 Accord will go on sale this fall season in certain international markets, with its hybrid version to follow soon during the winter.

Followed by its CR-V crossover and the recently redesigned Civic sedan, Accord ranks 3rd in Honda sales. With Accord’s new styling, the company hopes to make Accord the Honda sales leader once again.

In a press release, Honda said:

…we wanted to maintain the fundamental things our customers value most about Accord: outstanding quality and reliability, fuel efficiency, and fun-to-drive.

But we wanted to add something new: a level of emotion and premium appeal that elevates Accord beyond its affordable, midsize sedan roots.

Without further ado, let’s see what Honda has brought to the table this year.

Honda has taken 2018 Accord in a much more stylish, sporty and premium direction.

Compared to its previous model, the new Honda Accord looks extremely different. 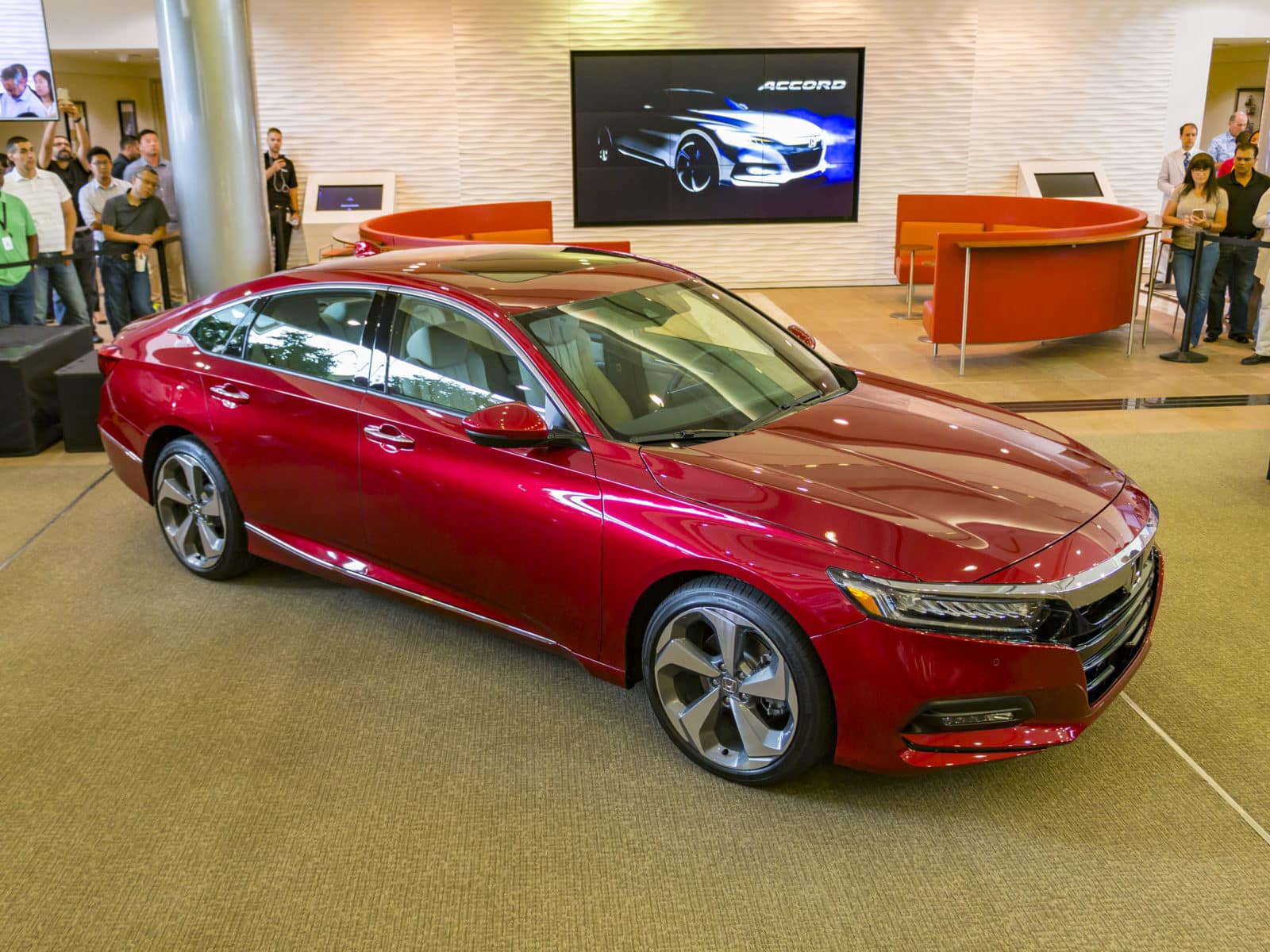 The new Accord sits on a 2.16-inch-longer wheelbase, is 0.39 inch wider with wider tracks front and rear, but is about a third of an inch shorter overall. Overall dynamics of the car provides it with a stronger stance and contributes to its even more dynamic handling.

LED lights have been given a dramatic new face and has a long and sculpted hood, and a swept-back greenhouse moved rearward on the body – all leading into a shortened rear deck highlighted by LED taillights and dual exhausts.

The output is a much enriched and athletic design with stance and proportion you wouldn’t expect of a front-drive mainstream sedan.

The Accord’s cabin provides much more space, with a lower beltline and A-pillars that are 20 percent thinner than the current model, which all contribute to improve outward visibility. 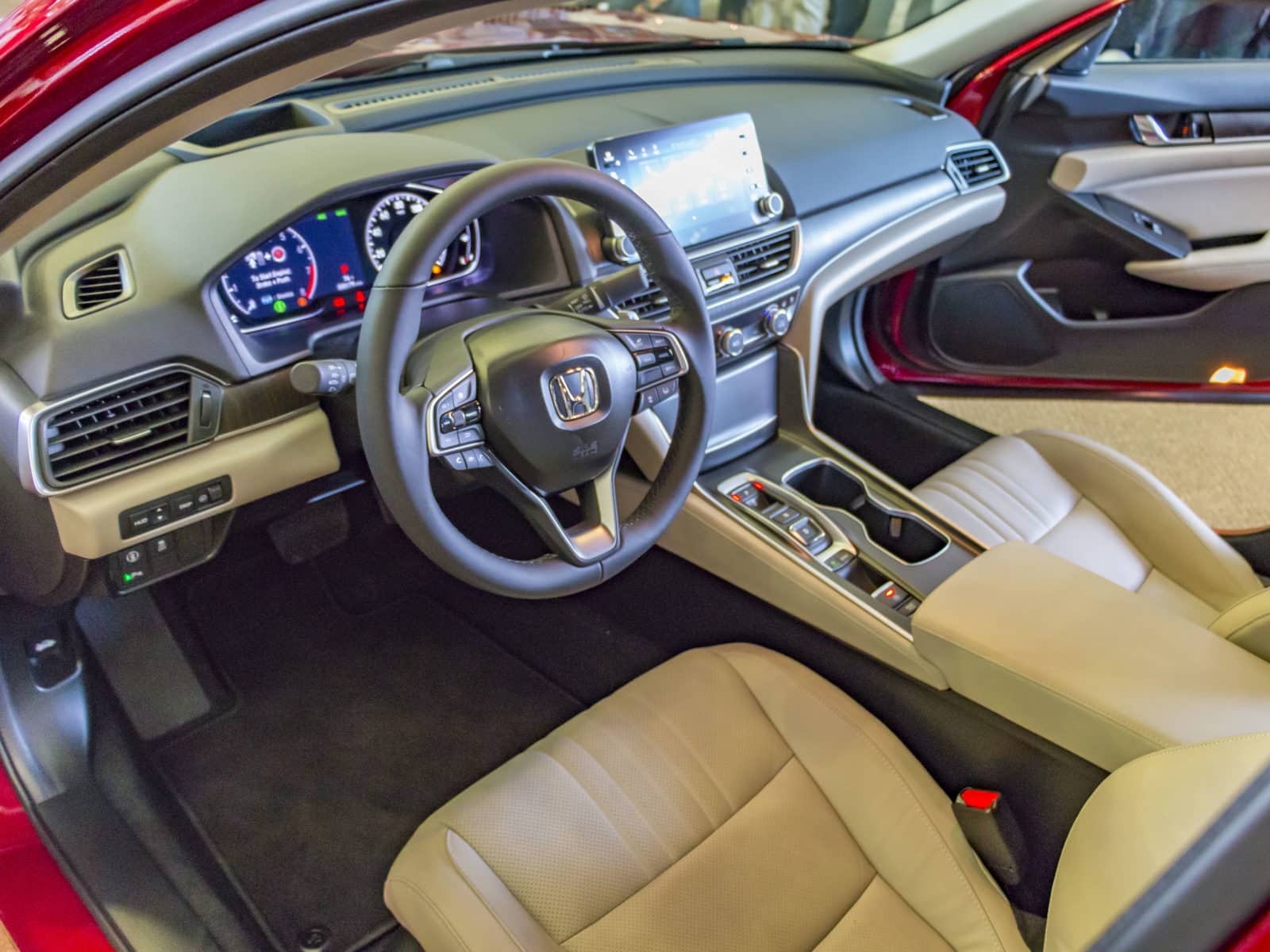 Speaking about passenger room, it has been increased by 2.5 cubic feet, whereas the trunk has been allocated a further 1 cubic foot. Furthermore, the new vehicle has added 2 more inches of legroom as well.

Accord has put an emphasis on the technology aspect of the car, which is why it isn’t limited to just the clever use of LEDs. Every Accord model: LX, Sport, EX, EX-L, EX-L Navi and Touring will come with HondaSensing as standard equipment.

There will be no additional charges for the adaptive cruise control with low-speed following, lane departure warning and mitigation, collision mitigation and braking, and new traffic sign recognition. 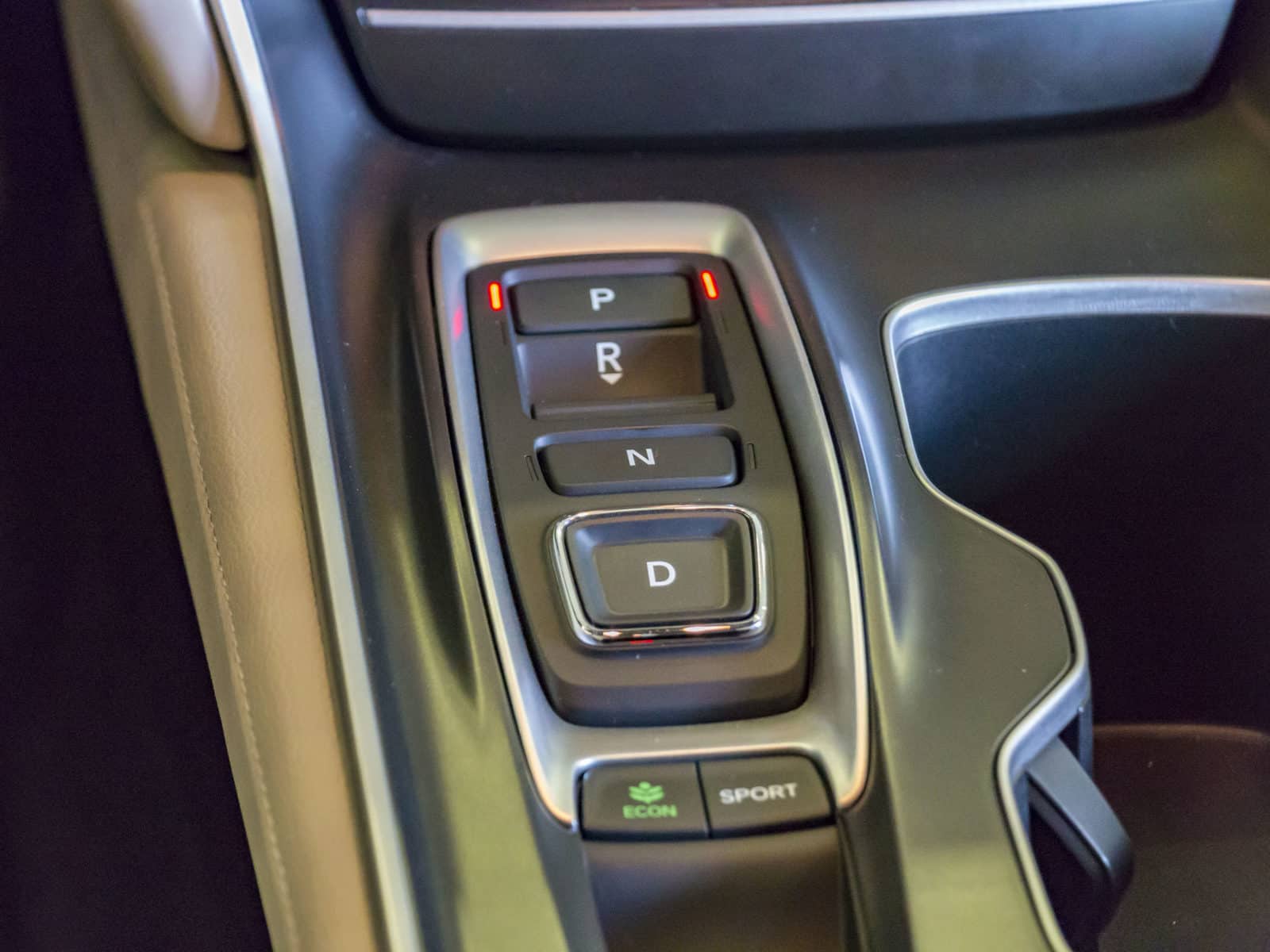 The infotainment system has also been updated and upgraded and now includes 4GLTE and over-the-air updates, plus Apple CarPlay and Android Auto. The company also said,

There’s even Near Field Recognition for devices so equipped, making it a snap to pair your phone. To help keep the cabin quiet, EX models and above have a new three-microphone active noise cancelling system.

The 2018 Accord comes with an advanced new chassis, and three new engines, including two new turbos – Honda’s first-ever turbocharged engines for Accord. 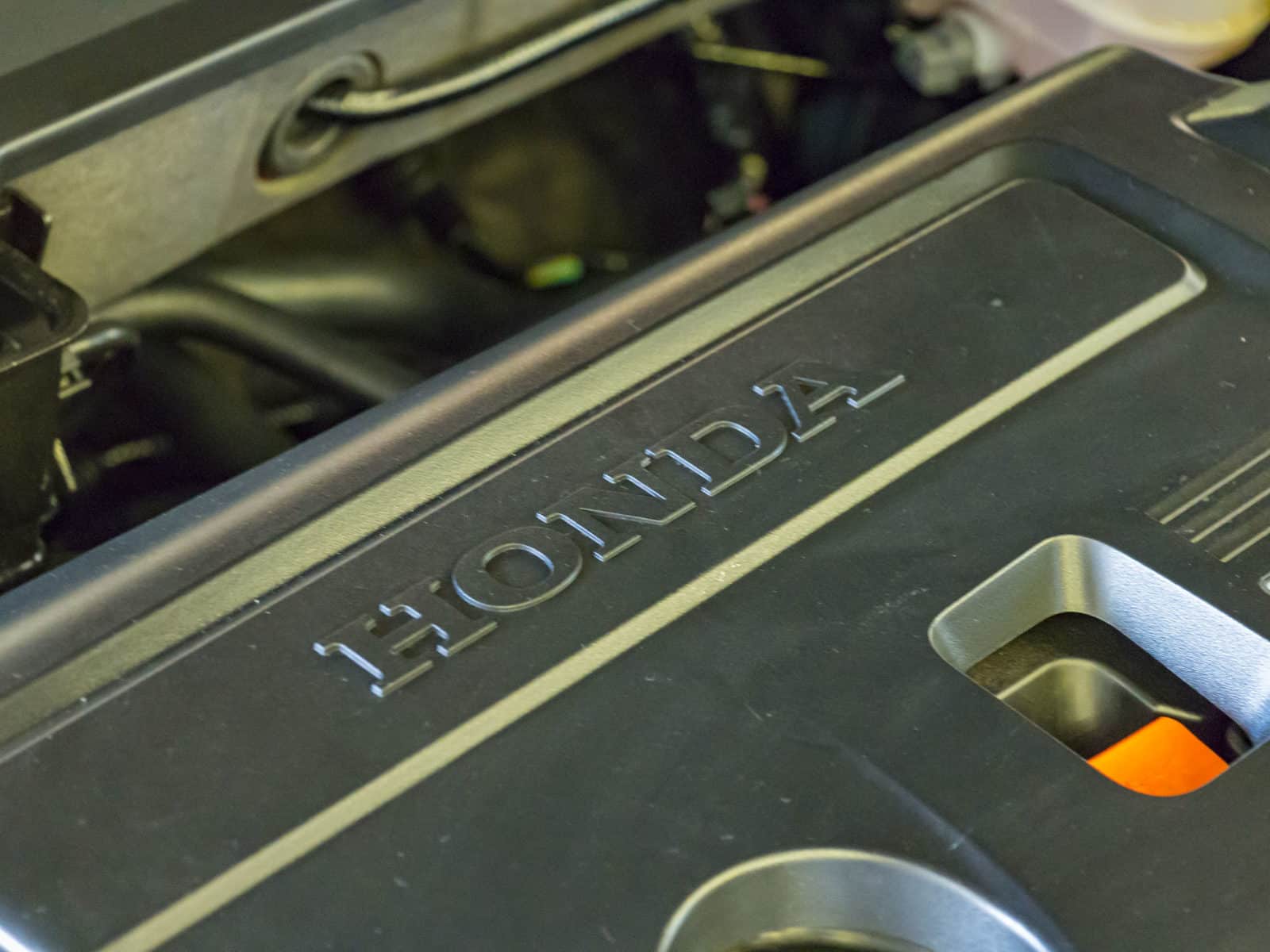 The 2018 Accord promises better engine and performance; the base model 2018 Accord gets a new 1.5-liter turbocharged four-cylinder engine generating 192 horsepower and 192 pound-feet of torque to the front wheels. It comes with a CVT transmission or, in Sport trim, an optional 6-speed manual. 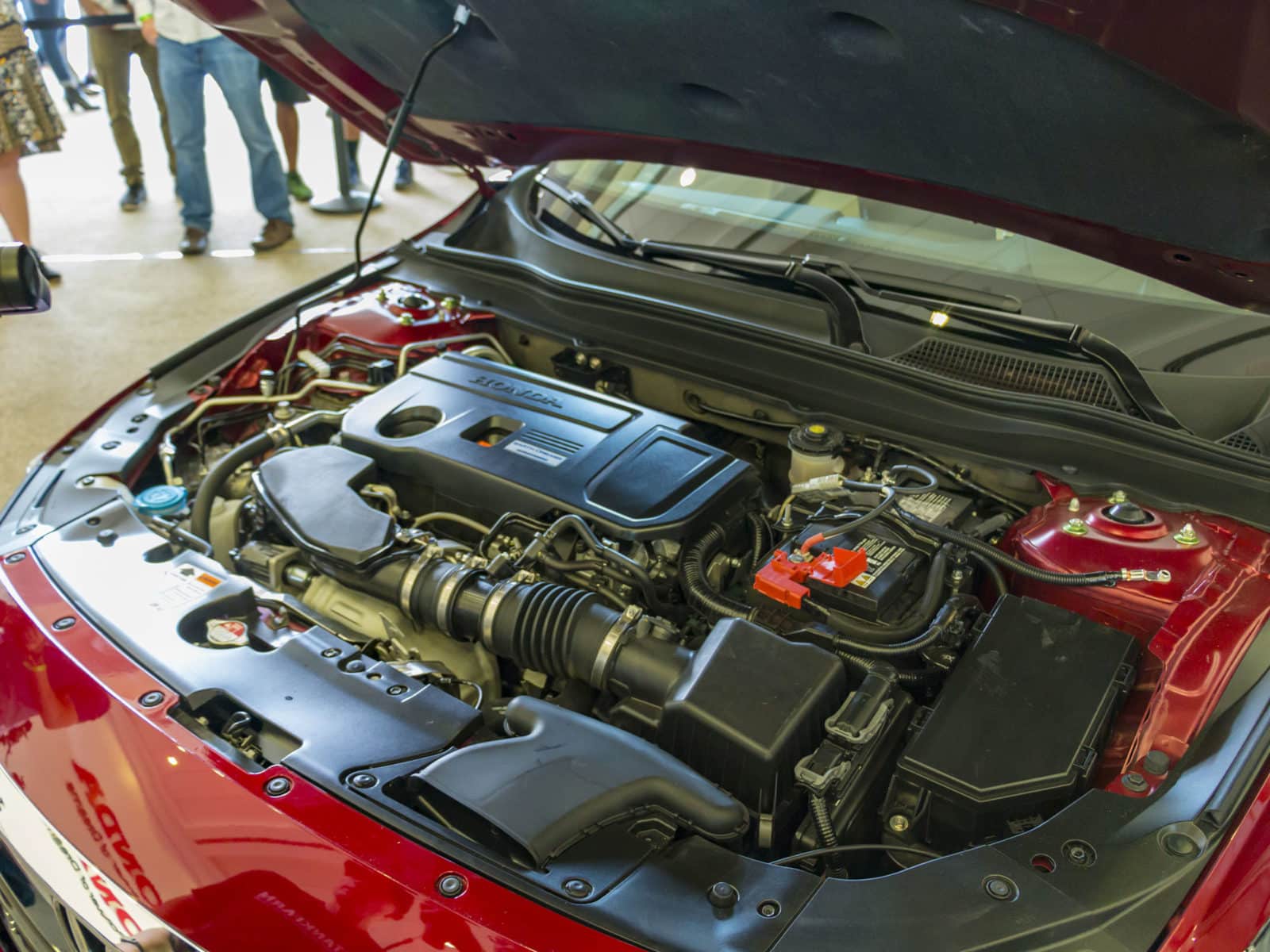 In Sport trim, the new 2.0-liter turbo can be equipped with a 6-speed manual.

Here are safety features included in the Honda Accord 2018:

The price has not yet been reveled. It is worth mentioning that 2017 Accord cost over Rs. 10 million, so the latest model will be more than that.