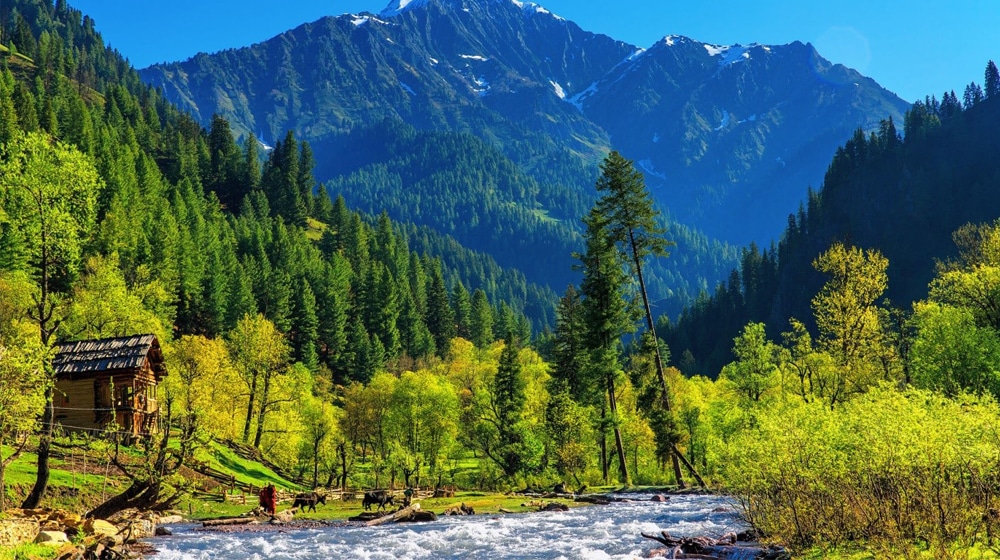 Aha! Much to the delight of the tourists, the splendid valley of Neelum has been opened on Tuesday for those who have been waiting to see the beauty of the area.

The ban which was imposed by the administration of the area after cross-LoC attack on an Army vehicle by the Indian troops has now been lifted.

Deputy Commissioner Chaudary Muhammad Fareed stated that the ban was levied on the entry of the tourists in the area to avoid the slip-out in the downstream areas as the visitors are not much aware of the landscape of the valley.

Four soldiers were martyred on the Sunday as a result of Indian shelling on Army vehicle in the Azad Kashmir’s valley of Neelum. The icy Neelum river running besides twisting Neelum Road serves as the separator between Azad and Indian Occupied Kashmir.

Since the Indians are not trustworthy people, we have advised the tourists to follow the instructions from the law enforcers in their own interest.

Entry of the tourists was stopped in the areas for a few days at the gateway of Nausery after the incident. Also, timely arrangements were made to move the tourists to the secure areas.

“The temporary ban put in place in the interest of the safety of tourists has however been lifted today… Now tourists are at liberty to enter the valley and explore its scenic beauty as and when they like, without any hassle,” Deputy Commissioner Fareed stated.

He also ensured that there is nothing to fear and the valley is threat-less and the tourists are invited to enjoy the scenic landscapes of the area in this amazing weather.

Mr Fareed also proclaimed that Neelum valley is rent-free from Aug 1-7 and no guest house or rest house, either public or private, is supposed to charge any rent for the tourists.

This is a token gesture of goodwill for those who did not show any sign of fear and trepidation in the wake of Sunday’s incident as well as for those who have always admired the heavenliness of the valley and have a hankering to visit it over and over again, notwithstanding odds, if any.

However, he guided the tourists to confirm the availability of their lodging to avoid any misadventure in the rushy week.