QMobile is stepping into the phablet market and is releasing it with some exceptional hardware.

The QNote is going to be a budget phablet from QMobile. It goes without saying that the specifications aren’t going to be what you’d what expect from something like the QMobile A1.

However, it still seems to hold up pretty well and the specs look decent on paper.

With the QNote you get a huge 6.0-inch screen. A screen of this size is perfect for multimedia consumption. Gaming and watching videos will be a treat on this phone. The HD resolution of the screen ensures that all that you view on the QNote is sharp, clear and crisp. Moreover, having a slim metal build means the phone is easy to hold in the hand.

On the hardware side of things, the QNote comes equipped with 1GB of RAM and a 1.3GHz quad-core processor to handle all the processing power. 1GB RAM helps with multitasking. Internal storage is limited to just 8GB which can be further expanded via a microSD card.

The primary camera on the QNote features a 5MP sensor with an LED flash and autofocus. On the front you get a 2MP fixed focus camera.

Finally, as far as the software is concerned, it is running Android 7.0 which is, of course, layered on top with QMobile’s custom skin. 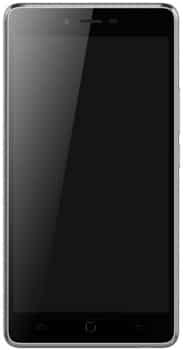