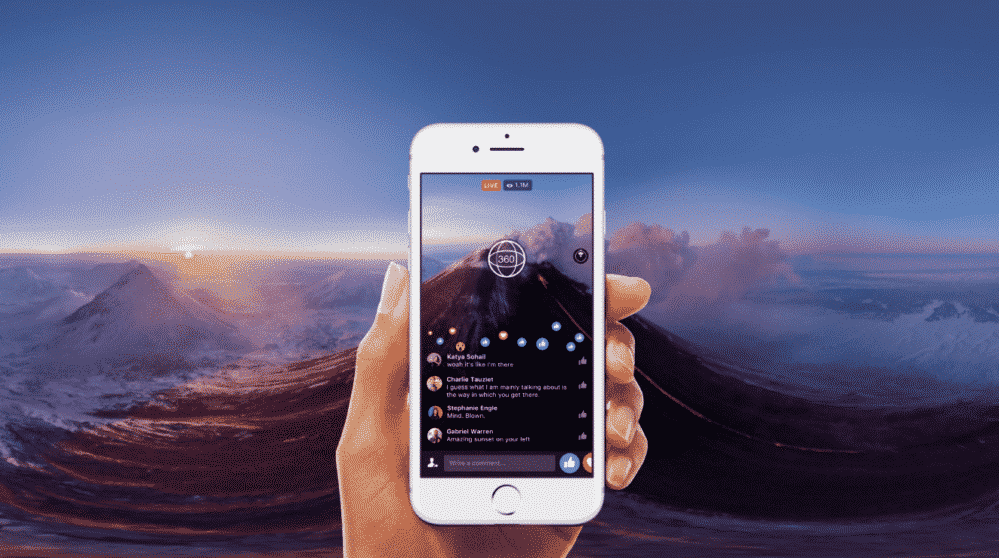 Currently 360 degree video is limited to 1080p resolution. Full HD is good enough most of the times but in 360 degree video, all those pixels are stretched, making it look blurry and pixelated. With 4K you won’t have to worry about pixelation, but that comes with another problem.

As most of us in Pakistan are aware, streaming in 1080p is no small feat. Going all the way up to 4K would be nigh impossible. It would ultimately find little use in Pakistan and other countries where internet speeds are limited.

There are a lot of 360 cameras on the market but most of them are subpar. Canon and Nikon aren’t making any which makes it even harder to find a good one. To remedy this issue and make it easier for the layman to find a good 360 live camera, Facebook has started a camera certification program.

The Live 360 Ready Program is basically a list of certified 360 degree cameras that you can use for live broadcasts. Currently the list includes:

The list doesn’t include every viable 360 degree camera out there but the ones that Facebook likes best.

Normally a camera used for a live broadcast should be attached to a tripod to avoid shakiness however some of the cameras in the list above are mobile and attach to your smartphone. Facebook will also be adding stabilization support for some of these cameras.

After the livestream ends, Facebook will determine whether your video was shaky or not and will give you the option to stabilize the footage for viewers that watch the stream later on. A heatmap and Guide support will also be added showing when the videos had the most user attention.

A fund raising button is now available for non profit organizations. You can also schedule live posts with a countdown timer which would help gather attention and anticipation.

An additional feature added to Facebook 360 degree video is Gear VR support. You can watch live broadcasts on your Gear VR now as well.