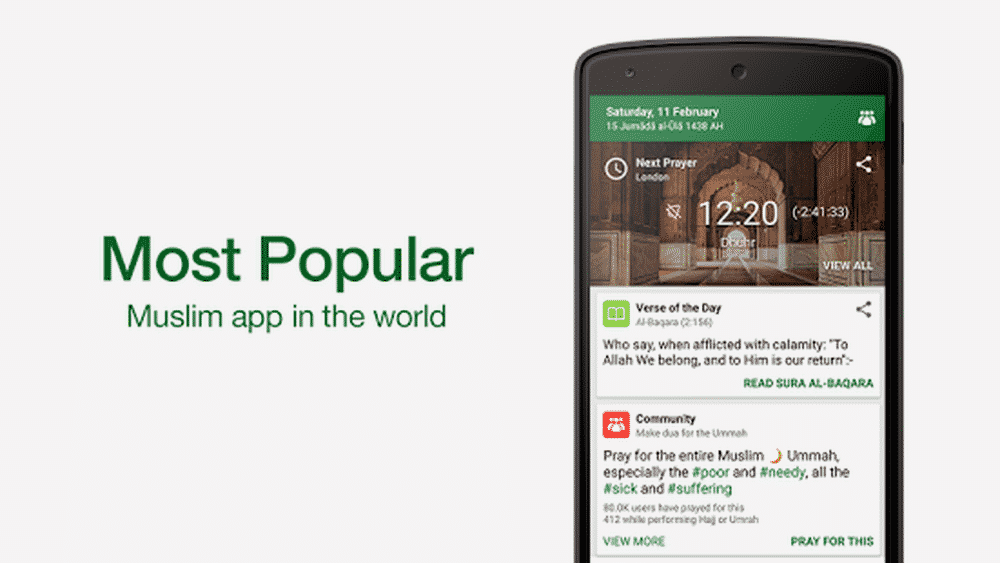 Muslim Pro, the most popular Islamic app available on the Google Play Store as well the iOS App Store has been acquired. Affin Hwang Asset Management (AHAM) and CMIA Capital Partners have bought around 95% stake in the Singapore established Bitsmedia – the parent company behind the said app.

The exact numbers have not been disclosed by the CEO of Bitsmedia but he has revealed that the number is in the ballpark of an eight digit figure in US dollars.

The Popularity of the Muslim Pro

The app had been downloaded 45 million times at the time of acquisition. The developers claim it has more than 10 million active monthly users and around 1/5th of those 10 million are active each day. The popularity has recently grown many times due to the constant inclusion of new features which are helpful in the everyday life of Muslims.

The app provides an array of useful tools for Muslims to keep their routine in check. Some of these features are listed below.

For those who are afraid the app will drastically change in the coming days can remain calm as Macé, the current CEO, will maintain his position and will lead the development of the app.

Muslim Pro plans to move forward and expand their feature set by collaborating with Haj services, Halal food vendors and other partners to introduce new features in the app.

Via Tech in Asia