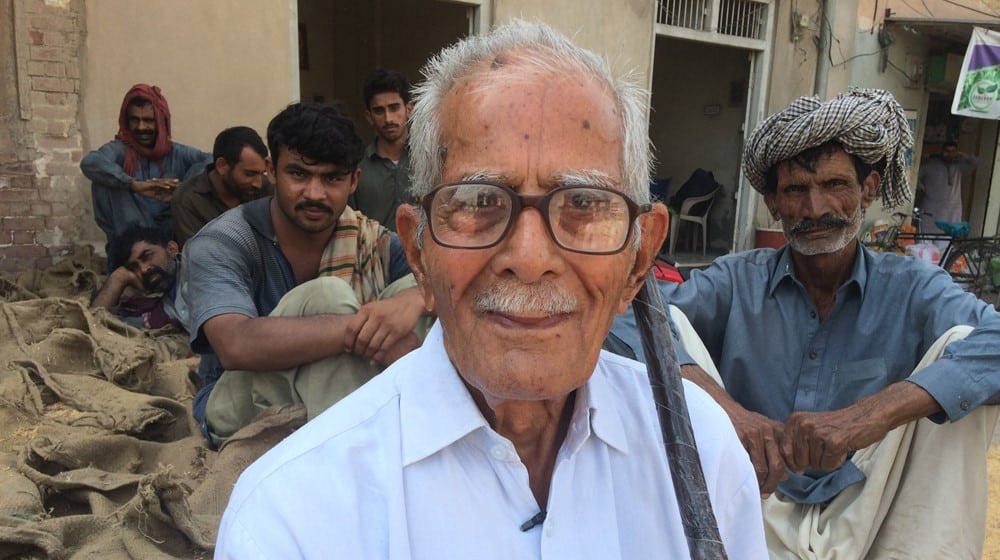 This is a story that happened seventy years ago.

It starts when 2 new countries came into the map – Pakistan and India – and the bloody chaos that followed soon after.

During that time, a 22-year-old Krishan Kumar Khanna – a worker in a busy rice market in Sheikhupura – left his home, hoping to be back within a matter of days. He ventured to the Indian side of the border, unbeknownst to him about the partition that was soon to follow.

“When we left, we had just put a lock on the house, thinking that we’d return within 10 or 15 days. We were convinced of it,” said Khanna.

It’s been seventy years since 27th August, 1947, 13 days after the partition of the Indian subcontinent, when Khanna left his home in Pakistan. But he could never return to it. He was unable to.

He now hopes that he can see it one last time before he passes away.

We wanted to stay, we wanted to remain where we were. Partition happened, even then we still remained. Then the military came and beat us out of our neighborhoods.

“There was a ‘poison’ spreading then. People who had become Muslim refugees arrived [in the neighbourhood] as well, and questioned why these Hindus were still here.”

The Biggest Mass Migration of People

The partition was followed by an estimated 15 million people escaping their homes. Muslims were moving in trains towards west, towards Pakistan, with Hindus going in the opposite direction.

The partition of the subcontinent in 1947 led to one of the largest and most violent political migrations in human history. At least a million people were slaughtered between the religious communities that tried to make it to the other side. Some of them were slaughtered just because of their faith. 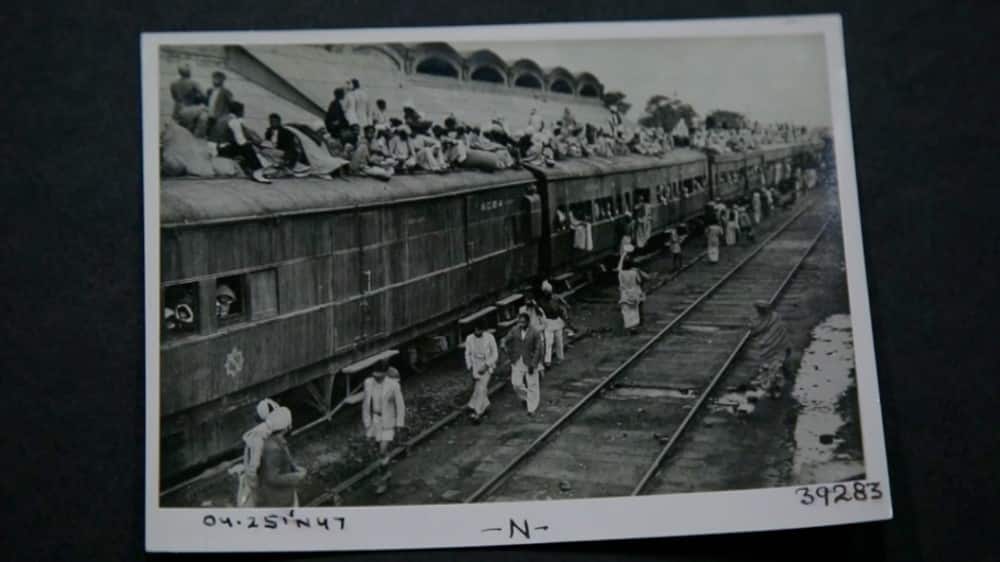 Khanna belonged to a Hindu family. He spent 70 years of his life in India and now wants to return to Pakistan.

“Outside my uncle’s house, I saw seven bodies, covered in blood,” he says.

Their blood was flowing into the street, and I stepped over it to get into the house. I still remember that blood today. The blood touched my feet and, as I was walking down the street, a man said to me: ‘Is this the freedom that you wanted?’

Khanna was unable to comprehend the ‘poison’ of communalism that was spreading, leading people to slaughter each other out of hate. Muslims, Hindus and Sikhs had been living together in the same streets for centuries and were considered a symbol of unity. But partition changed all that.

There was a strange atmosphere then, and people fell into it. Men did not have the will to kill people … but when the ‘poison’ spread. It happened, and we had to flee.

“This anxiety [around going home] is centrally related to the trauma of forced displacement and the sense of loss, helplessness and despair that accompanied it,” says Kavita Panjabi, a partition scholar whose own family fled the Sindh region for present-day India during partition.

“Parting and becoming estranged from that we held dear, made people more fearful and hence violent. People thought that everything that they loved will have been destroyed.” 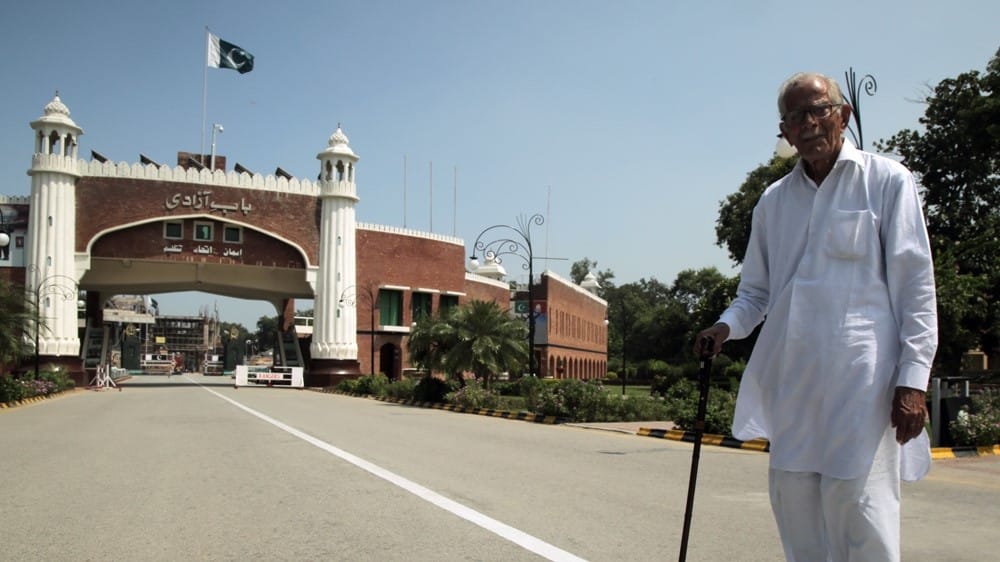 His family is pretty much against his idea of going to Pakistan. Khanna who lives in Meerut in India, tells that his wife stopped him from going back.

I have a passion to see my home. My wife told me not to go. Who knows what might happen? But it was just a passion inside me to see my own home, my own town, what it is like now.”

“We are totally against this trip. [Pakistan] isn’t a place of pilgrimage for us. I told him not to go. What is he going to do there in Pakistan? It’s the same place where we saw so much violence, so many fights. So why go there now?

“Maybe I’ll find some of my friends. But who knows where they will be now.”

‘The soil is the same’

Khanna has been actively trying for the past 20 years to get visa for Pakistan but he has been unsuccessful.

After repeated and concerted efforts and a determined spirit, he has finally managed to to secure a visa for Pakistan.

After extensive interrogation from the Indian and Pakistani officers, Khanna crossed the Wagah border, leaning on his walking stick.

I am thankful to God. I have now crossed the border into Pakistan,” he says. “Back home in our Punjab, the landscape is the same. The soil is the same, and the people are the same.

Khanna first stopped at Lahore which is the place where he studied. He visited his old neighbourhood, to find the school where he once studied in and to see the places that he used to visit as a teenager. 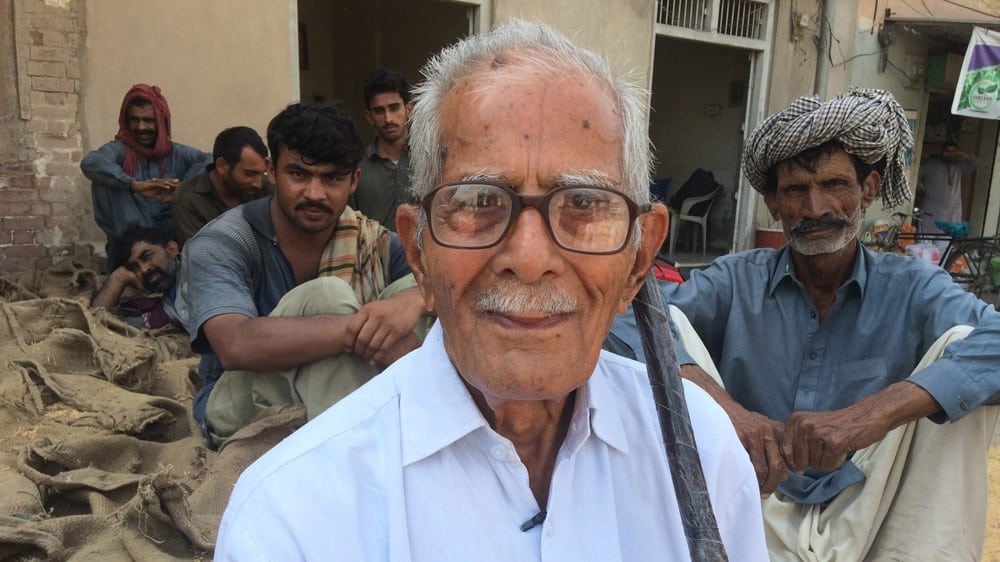 Khanna visited Gol Bagh in Lahore after that. He recalled something as he pointed to a bench:

“I was sitting in this park reading, that was when the decision to create Pakistan was made. Someone came and told me that there is a curfew in the city, what are you doing sitting over here? I said I didn’t even know there was a curfew.”

“I thought that partition was a mistake. This was the thought at the start, and it’s the same now. It’s wrong, and should not have happened on religious grounds.”

‘Everything is the same, there are no differences’

He went on to visit his family’s hometown in Sheikhupura. Khanna is able to recognize his old neighborhood, previously known as Guru Nanak Pura, now known has Jinnah Park.

“We knew where it was, and the neighborhood was the same. There is no room for it to change. There’s no space,” he says.

After entering the street where he lived, he pointed towards a small house in the end of the street saying, “This is my old house.”

After the partition, the houses vacated by those leaving Pakistan were occupied by those who fled from the Indian side. His old house is occupied by an immigrant family from India who have made minor changes to the house but it is still clearly recognizable by Khanna.

“This is great, wow,” he exclaims as the current resident show him around the house.

He also visited his old school and was shown around by the Headmaster running the government school. He pointed to a wall, narrating a story of how he tried to climb that wall to escape from school, following by a heartfelt laughter from the teachers and the students who were delighted by this visitor from India.

They say all good things come to an end and Mr. Khanna felt that it was time to bid goodbye to Pakistan.

Upon coming back home to Meerut, his children and grandchildren anxiously asked him to narrate his experience of Pakistan.

His answer is indicative of how, the more things change, the more they remain the same. Especially for people like Mr. Khanna who have experienced and seen it all:

I felt like I was walking around in Punjab – not in India or in Pakistan. And I was just enjoying myself doing that. I didn’t feel like I was in India or Pakistan. The same people, the same faces, everything is the same, there are no differences.