Microsoft recently announced that Outlook will be getting an upgrade soon. Who knew soon meant the very next day.

Folks at Redmond have released the beta for Outlook with new features, you can get in on the fun by trying it out yourself.

How to Get into Outlook Beta

Log into your account like you usually do, you’ll be able to see the “Try out the beta” button once you login. Microsoft will get you on board with the new features once you login with a small presentation. Welcome to the new beta version.

This is a web-only solution for now and it works for both average users and Outlook Premium subscribers.

There are a few reasons why you should try the new beta version. For one, there are new visual changes that turn things around quite a bit in the visually-bland service.

There’s a new conversation view, which makes viewing messages easier. You can also preview photos and files there, which would invariably increase ease and speed. You can tag close contacts as favourites to get quicker access to them in the future. 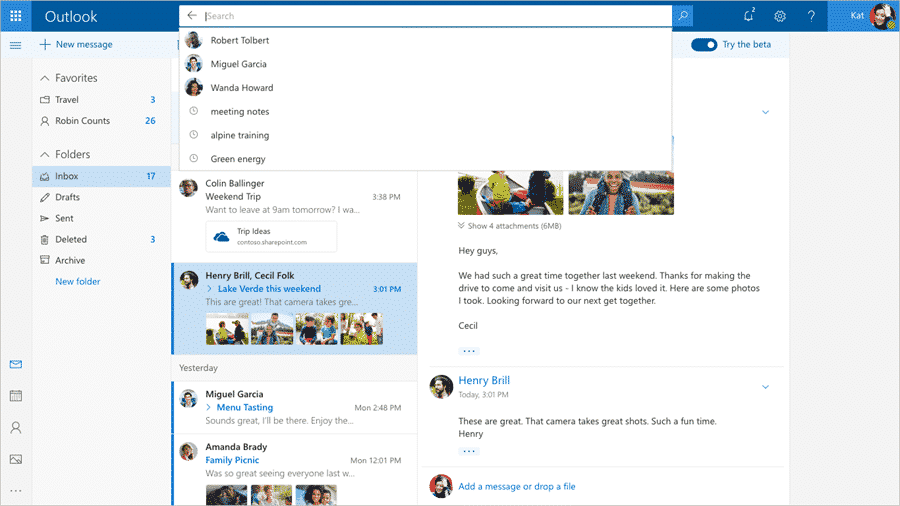 There’s a search bar at the top rather than literally being on the sidelines. 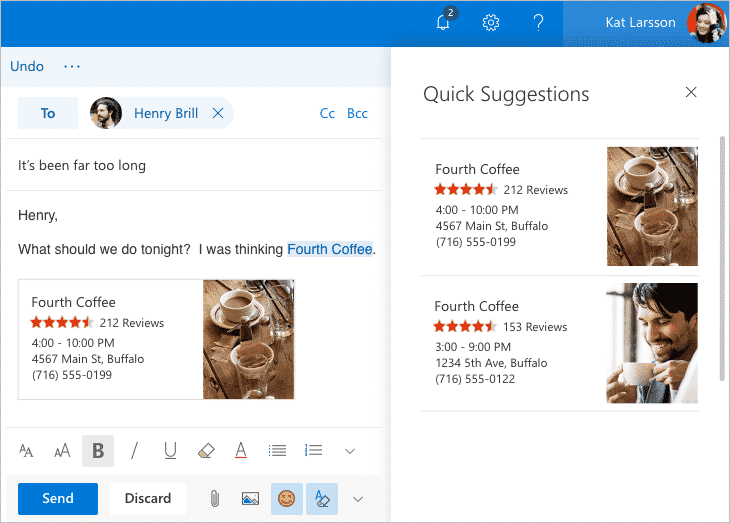 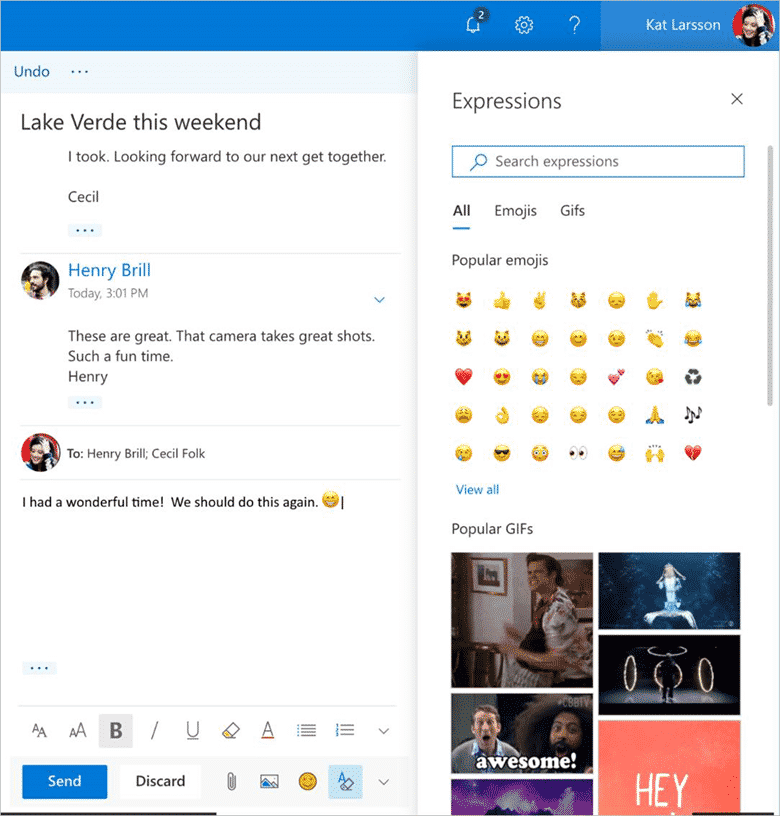 Another small quality of life change is the GIF and emoji suggestion. Outlook will suggest appropriate ones based on what you’re typing. This is quite similar to Google Allo’s suggestion feature which does the same thing in a chat app.

This is the third time that Microsoft has overhauled Outlook in terms of its overall look and feel. The service is comparatively new, being available since 2012. The service has made respectable ground with over 400 million active users in its circle.