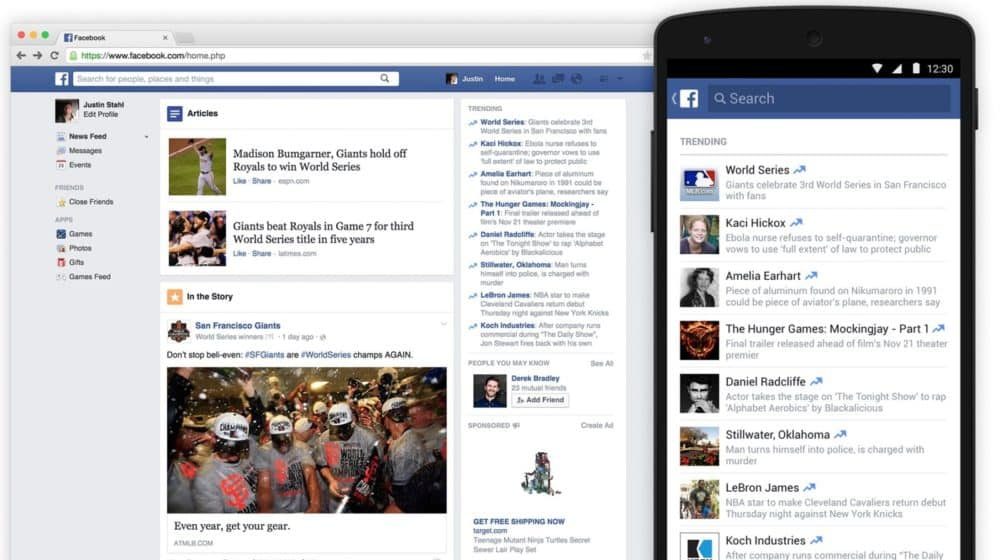 Facebook has redesigned its ‘Trending Topics’ section and it will now appear as ‘Trending News’ in the app’s navigation bar.

The new design is now available for Android and iPhone users in the US, with the update rolling out to other countries in the coming days as well.

Previously, the app would list topics under the ‘Trending Topics’ section with no headlines or pictures but a keyword such as ‘Donald Trump’ instead.

Now with ‘Trending News’, a ranked list of news stories appear. Each news has a headline, an image icon, the name of the major media outlet that’s reporting it and how many other sources are available for it.

For example, under the news story, it might say ‘Business Insider and 100+ other sources.’ 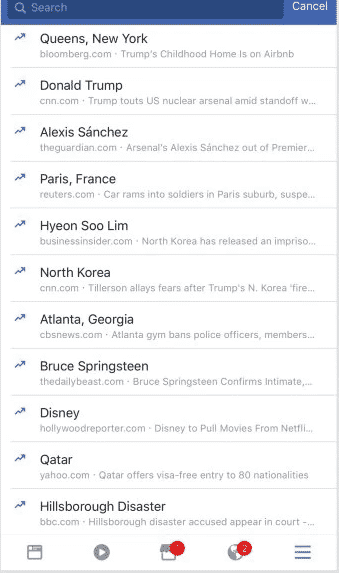 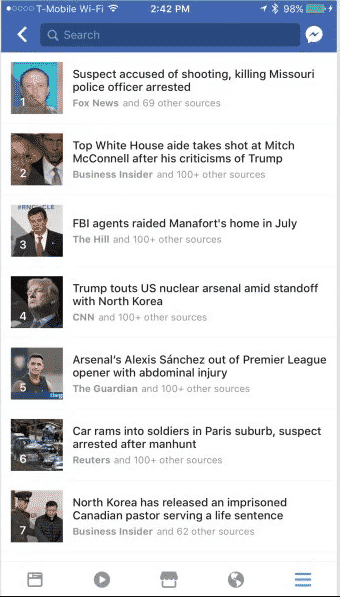 Facebook says that it does not control which stories show up and it is ranked in accordance with:

On clicking a trending story, a carousel of cards will appear with related news by other publications as well as videos, photos and posts from celebrities and other public pages. 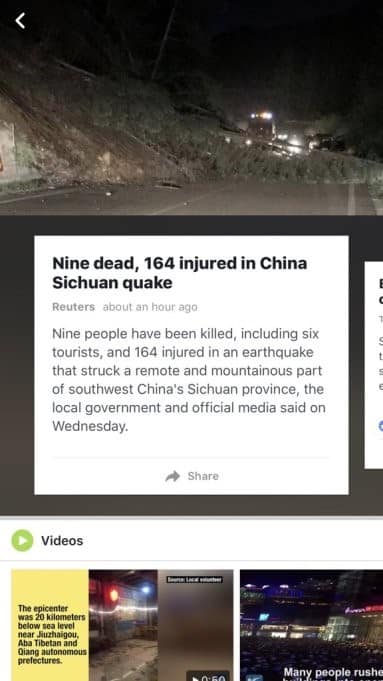 This feature is still in the process of rolling out in the US.

What Prompted The Redesign?

The company faced serious controversy after an article was published at Gizmodo, blaming the company’s news section of liberal bias.

This resulted in a months-long process of redesigning the news section, along with firing the editorial team behind it. It also changed the way of choosing how public stories shall appear: using algorithms instead of manual work.

Facebook is also taking several steps to filter out the fake news.