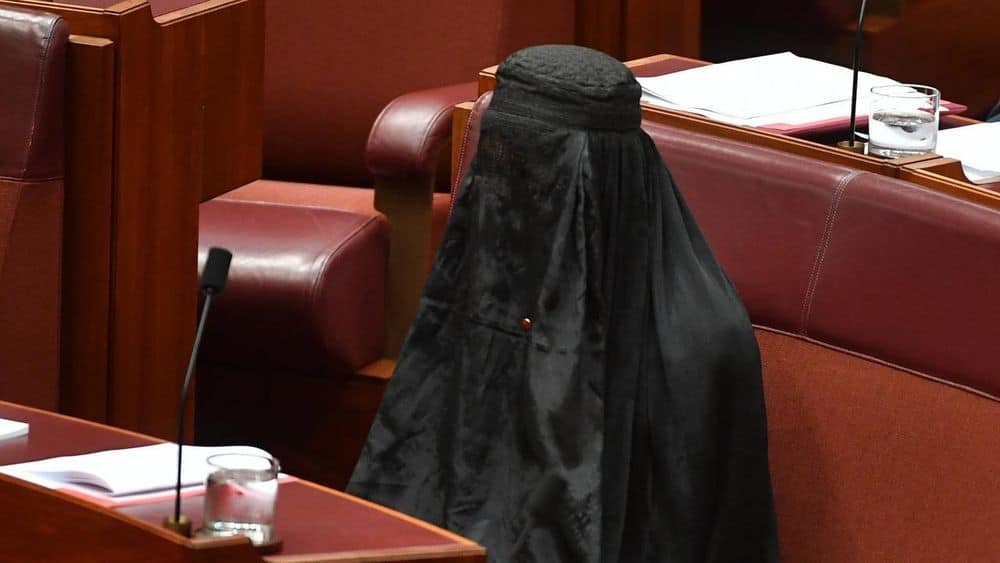 An Australian Senator, Pauline Hanson, wore burqa during her daily question answers session in the Senate on Thursday. She was wearing the full burqa which also covers the eyes along with the rest of the body.

It was a rather unique and fun incident. As you can see in the video below, this wasn’t the true intention of the women behind it but nonetheless, seeing an Australian Senator in a full burqa is a unique thing.

It’s not what it seems like though since it was an effort to get the burqa banned by the Senate. However, the move fired back and the Attorney General George Brandis took notice of her action by issuing a warning to the leader of the right-wing One Nation party, and termed it offensive to “religious sensibilities of other Australians”.

Senator Hanson, I’m not going to pretend to ignore the stunt that you have tried to pull today by arriving in the chamber dressed in a burqa when we all know you are not an adherent of the Islamic faith. To ridicule that community, to drive it into a corner, to mock its religious garments, is an appalling thing to do, and I would ask you to reflect on your behaviour. 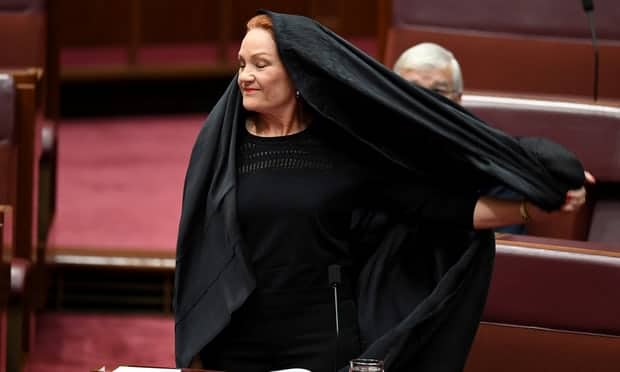 This is not the first time Senator Hanson and her party has opposed Muslim norms. She defended the rallies which demanded a ban on the burqa in 2015 and also called for a ban on Muslim immigration in 2016.

The Attorney General remarked that he had no intention of banning the burqa, which was applauded by the chamber. He also said,

We have about half a million Australians in this country of the Islamic faith, and the vast majority of them are law abiding, good Australians, and Senator Hanson, it [burqa] is absolutely consistent with being a good law abiding Australian and a strict, adherent, Muslim.

Senator Sam Dastyari bashed Hanson on account of her racial discrimination labelling her as a “threat to national security” and a “disgrace”. After the public and Senate response, we are pretty sure Hanson won’t be repeating this stunt any time soon.