After a small gap the benchmark 100-Index at the Pakistan Stock Exchange resumed its march downwards due to political uncertainty and certainty of Rupee devaluation. The benchmark index fell over 1100 points and tipping closer to the 12th June low of 43,000 level. 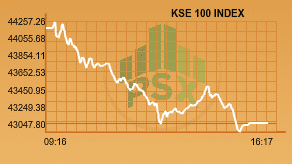 The market failed to maintain the previous session’s gains.

The rising political tensions took a toll on the market, dampening investor sentiments.

By 2 – 3 pm the market went on to lose more than 1100 points when the news came that Supreme Court today granted the National Accountability Bureau (NAB) access to Volume X of the (JIT) that probed allegations of money laundering against the Sharif family in the Panama Gate scandal.

The other reason seems to be Pakistan’s current account deficit which reached $12 billion in FY17 or a billion dollar month.

Growing middle class and their consumption are shifting the demand curve, imports serve the rising demand, though exports, remittance and investments are not at par and therefore not enough to pay the bills.

Some financial analysts believe the situation will lead Pakistan to another IMF program and a prerequisite would be to depreciate the Rupee.

The market touched the day’s high at 44,257.26 as the benchmark showed some positive movement,  The benchmark recorded a day’s low of 43044.12 points near the close of the trading session.

Dull trading was witnessed today with very low volume as in All share index only 167 million shares exchanged hands while shares of 358 companies were traded.

Top Volumes of the day were: 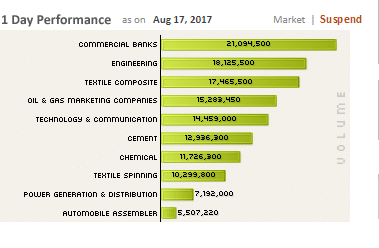 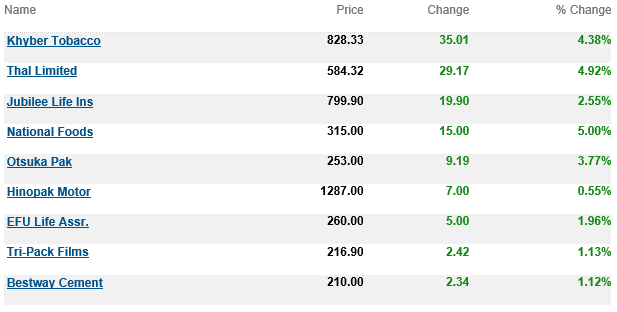