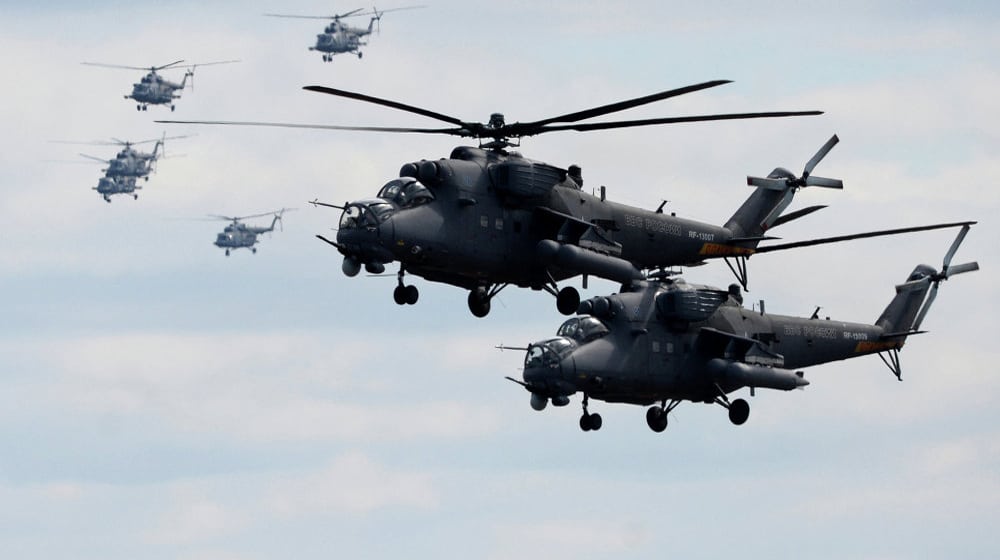 Pakistan and Russia agreed to a helicopter deal back in June 2015 when the then-Chief of Army Staff (COAS) Gen. Raheel Sharif was on a visit to Russia. A preliminary agreement was signed between Pakistani and Russian representatives at the Pakistan Army General Headquarters in Rawalpindi in August 2015. They were scheduled to be delivered in 2017.

The Pakistan’s Defence Export Promotion Organization (DEPO) has now confirmed the Pakistan Military has taken delivery of four Mi-35M helicopters. Brig. Gen. Waheed Mumtaz, an officer working for DEPO issued the statement during the annual International Military-Technical Forum (Army 2017) which took place in Moscow this month from the 22nd to 27th.

The Mi35M, in comparison to the Mi-24, is also fitted with new main and tail rotors. Next to a chin-mounted twin-barrel GSh-23V 23 millimeter cannon, the Mi-35M helicopter can be armed with 80 and 120 millimeter rockets, and anti-tank guided missiles.

Powered by two TV3-117VMA or VK-2500 turboshaft engines, the Mi-35M can deploy anti-tank guided missiles (ATGM), guided and laser-guided rockets and gun-pods. Besides its two aircrew, the Mi-35M can also carry eight armed personnel in its cabin and ferry cargo of up to 2,400 kg with a sling.

Pakistan is continuously expanding its close air-support capabilities. Apart from the Mi-35M helicopters, Pakistan is also in line to receive 15 AH-1Z Viper attack helicopters, the sale of which was approved by the U.S Department of State in April 2015.