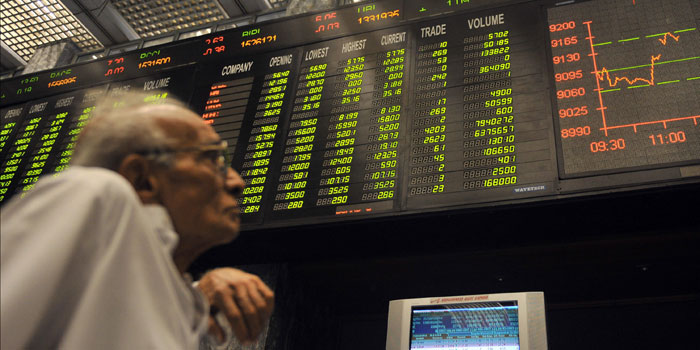 Pakistan Stock Exchange (PSX) saw a volatile session today with a movement of 500 points. The index again started off in the negative zone as profit taking was seen throughout the day.

Volatility prevailed at Pakistan Stock Exchange (PSX) on Wednesday as KSE 100-index, which made an intra-day high of 325 points, closed at 41323.65 points after gaining 90.57 points. 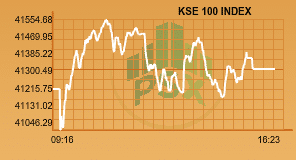 The volatile spell continued to rule the market sentiment on the back of volatile political activity, with different corporate results also affecting the market with the gain/loss today. Volumes were flat as of yesterday’s closing. The rising hype of upcoming festival of Eid ul Azha kept the investors away from trading activities while profit taking was seen throughout the whole day. Cement sector managed to provide the gain to the Index today.

Major gainers of the market were: NESTLE, DGKC, LUCK, MLCF and PAKT.

Overall, trading volumes of All share index surged to 132 At the end of the day, which were flat. 330 companies were traded with 177 stocks closed higher and 138 declined while 15 remained unchanged. In KSE 100, 69 million shares were traded with a net worth of Rs 5.60 billion. 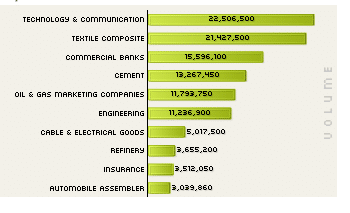 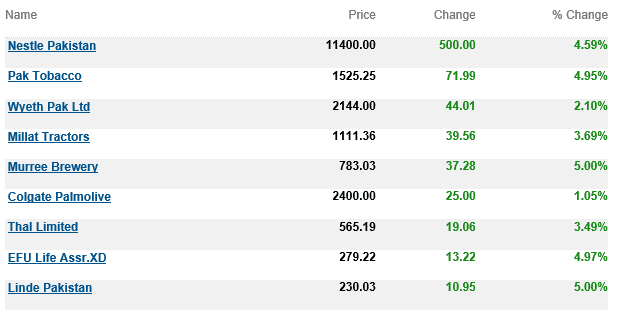 Oil prices slid lower on Wednesday as ongoing disruptions from Tropical Storm Harvey kept refineries from buying crude, weighing on demand but prompting fears over fuel shortages. Oil was down 27 cents or 0.6% at $46.16 a barrel Meanwhile the international oil prices were also fell in the previous session, making a low of US$45.87/bbl.

Some refiners in Corpus Christi that shut down ahead of the storm were looking to restart, but heavy rains were expected to last through Wednesday, adding to catastrophic flooding.

The National Weather Service said the storm has set a rainfall record for tropical cyclones in Texas.

But even refineries that are able to restart may experience difficulties getting enough oil supplies.