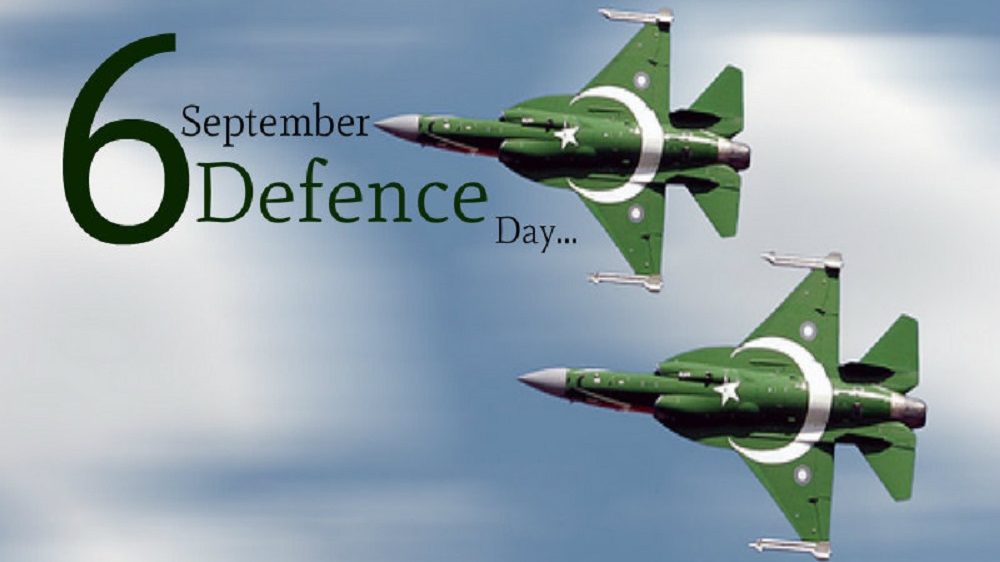 Pakistan is ready to celebrate its 65th Defense Day today to commemorate the sacrifices of fallen heroes who lost their lives in  the 1965 and 1971 wars, the Kargil conflict and the ongoing war on terror.

Defense Day celebrations will start on 6th September and continue till 8th September.

The Defense Day celebrations started with a gun salute in the Federal Capital and Provincial headquarters. After the gun salute, special prayers were offered for the martyred, the injured and the war veterans.

A contingent of Pakistan Air Force (PAF) Academy Risalpur will take charge of guard duty at the Mazar of Quaid Azam. The National anthem will be played and flowers will be laid at the tomb of the creator and father of the nation.

Special ceremonies will be held at Army, Naval and PAF installations.

Pakistan Army will celebrate the defense day with national pride and organize special parades with Garrison Commanders as the chief guests.

In Karachi, the Army Parade will be held at the Malir Garrison. Malir Garrison Commander Major General Zahid Mahmood will be the chief guest of the event.

During the parade, infantry will be marching past as part of the celebrations. Tanks, guns, armored personal carriers will be part of the Defense Day celebrations. The Engineers, Electrical and Mechanical Corps, Army Air Defense, Signals, Army Service Corps and Army Medical Corps will also participate in the event as well.

Army Aviation will also display its air power. Army aviation helicopters and Mashaq aircrafts will perform a fly past. They will also perform air acrobatics.

For the interest of the common people, a special display of weapons and equipment will be held after the parade.

In the evening, the Army will organize a special event to commemorate the martyred, injured and war veterans. A central ceremony to this effect will be held at the General Head Quarters, Rawalpindi.

Chief of Army Staff General Qamar Javad Bajwa will be the chief guest. Family members of martyrs and war veterans as well as civil and military leadership will be invited as guests.

Similar events will be held at the Corp headquarters. Corp Commander Corp 5 will be the chief guest.  Governor Sindh, Chief Minister Sindh, and other dignitaries from Karachi will be the guests as well.

Corp Commander will present the flowers at Yadargaa Shaday. Families of martyrs will also share their feelings about their loved ones who laid down their lives for the country.

On Defense day, Pakistan Navy will also organize a special event at Sea View for the common people of Karachi.  In this event, Pakistan Navy will display its abilities to handle any kind of situations that occur at the sea or coastal areas of the country.

Pakistan Navy SAL (Sea, Air and Land) Commandos will perform anti terror and hostage operations at the coastal areas of Karachi. Navy SAL Commands will perform free falls into water, jump from helicopters and evacuate the hostages and overpower the terrorists as part of their display.

At Naval installations, special prayers will be offered and parades will be organize to commemorate the martyrs, injured and war veterans on Defense Day.

A special ceremony will be held at PAF Base Masroor Karachi to celebrate Defense Day with zeal and fervor.

A static display will be arranged at PAF Base Masroor, whereas an aerial and acrobatic display by PAF fighter jets will also be held.

The PAF aircraft including JF-Q7 Thunder, F-16 Mirage and F-7P, in addition to ground support and other auxiliary equipment will put on display.