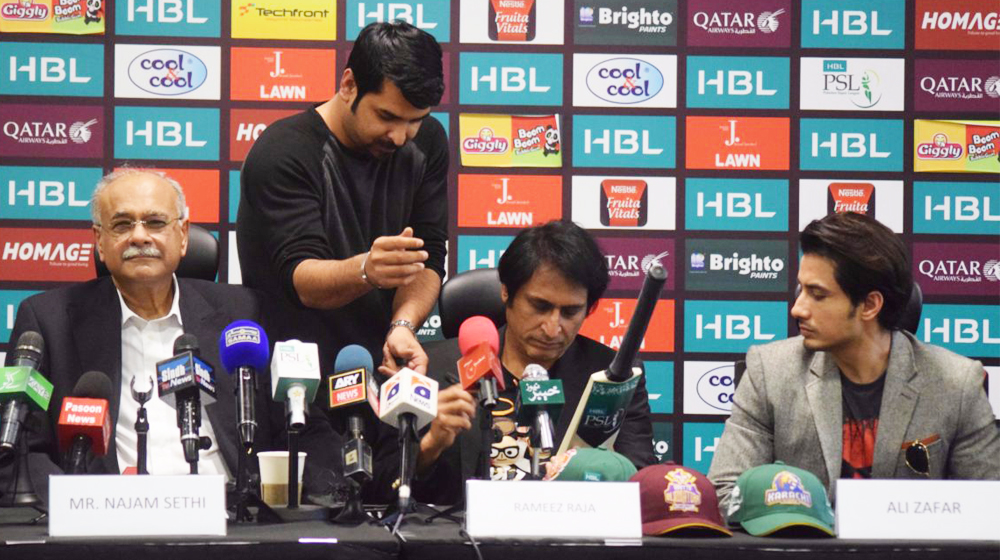 Titans Autographs and Memorabilia has partnered with Pakistan Cricket Board as the Official Memorabilia Partner.

This tie-in has enabled Titans to hold the exclusive rights to handle and arrange sales of memorabilia items carrying the original autographs from the players of the Pakistan national team.

The Pakistan Cricket Board (PCB) aims at utilizing such improvements for making donations to charities, social welfare purposes and promotion of cricket.

The first project signed by the PCB with the Titans includes handing over two cricket bats for auction. The idea behind this is to achieve maximum sales through auction for PCB’s donations to the Edhi Foundation.

Among the two bats, one will be signed by the 5 PSL captains and the other one by the stars of hosts of PSL 2017 opening ceremony. More details will be available on the Titans website.

The Pakistan Board and the Titans intend on building a strong partnership for the benefit and betterment of Pakistan cricket, and it’s heroes. Another aim is also to promote social welfare activities.

Meanwhile, the Titans specialize in collecting unique pieces having authentic autographs of celebrities from the world of sports, culture, and music.

The items sold by them are aesthetically framed in such a manner with the certificate of authenticity which is issued by the company or any other well known international certification centers.

The collections present there are not only the symbols of dedication and excellence of those who have been sensational or have been immensely successful in the world of sports. It is also for the pleasure of those people who wish to carry history with them. They also have a vast experience of conduction sales, holding an auction for such items and exhibitions.

To know more, you can check out www.titansautographs.com.