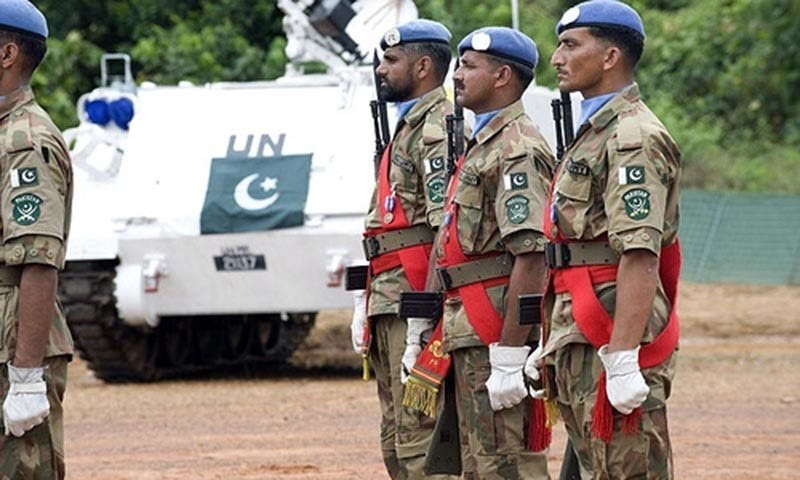 In the Friday session of senate, the Finance ministry highlighted the fact that Pakistan is the third largest contributor of United Nation in their missions of peacekeeping all over the world.

The officials told the media that 7123 Pakistanis are deployed all over the world helping UN in six missions.

These include 6,703 personnel of armed forces, 74 military experts, 66 staff officers and 280 police officials.

142 Pakistanis have lost their lives in these missions which places them on third position. India has the most casualties at 163 and Nigeria in second with 150 casualties. These missions have proved to be costly in human lives.

The UN offers a package of $70,000 as compensation to the family of the soldier who dies on duty. The money is transferred directly to the beneficiaries without a middle man.

The deadliest of the missions in terms of lives of Pakistanis was their mission in Somalia in 1990s. 40 lives were lost in the mission.

The number of Pakistani soldiers deployed to various areas are:

Ranking of countries in troops contribution: