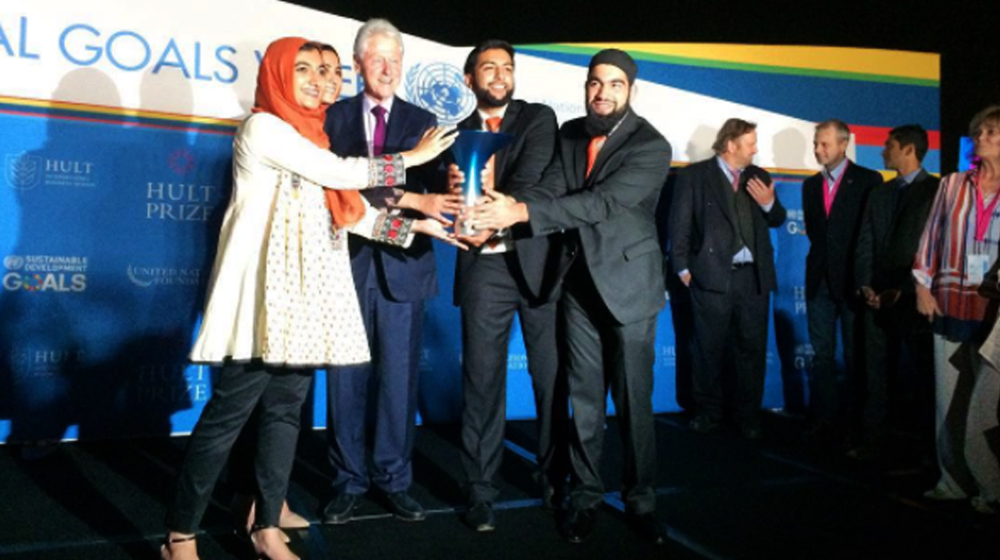 Yet another amazing feat has been accomplished by Pakistani students studying abroad.

A group of four Pakistani-American students have won the very prestigious Hult Prize this Saturday, for an idea that could help make the lives of millions of refugees better all over the world.

What Is Hult Prize?

The Hult Prize competition challenged student teams from around the world to propose scalable start-up businesses capable of improving the lives of 10 million refugees by 2022.

The Hult Prize provides a platform to help students come up with projects which will help the social welfare. These start-ups are non-profitable. It is one of the most prestigious awards.

The team of students from Pakistan was able to raise around $30,000 in a crowd funding campaign in May earlier this year. Later on in the summer they ran a pilot project in Karachi’s Orangi Town which also contributed towards their project.

What Was Their Idea?

The project by the Pakistani American students focused on creating a transport network for the refugees. This transport network would help refugees stay better connected to all the essential daily services. The idea was not new by any means, but what gave their project the edge was their innovative idea of using solar powered rickshaws.

The group won the prize by beating 5 other teams from all over the world and managed to secure a prize of $1 million. Earlier in the year they formed their team and started shaping their plan. The plan was to use the solar powered rickshaw rides to transport the refugees to hospitals, schools and markets. The vehicles would be run on a systematic route.