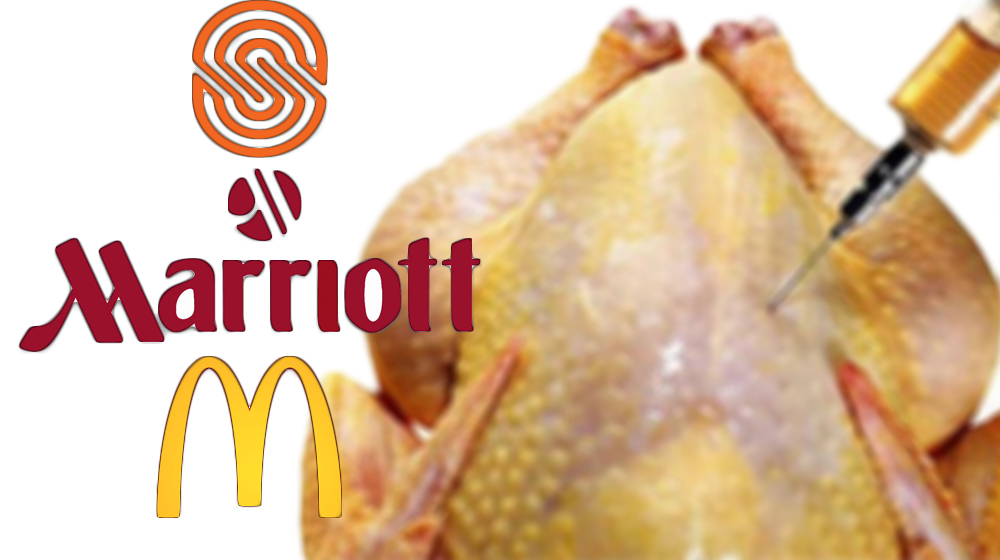 The issue of stall vendors or small restaurants using contaminated or “dead” chicken (rejected, spoiled meat) has been brought up many times. The cheaply bought meat by the vendors might boost their profit figures but it does not take into account the damage it can do to the human body.

Shockingly, it’s not only the “small-time” vendors committing this inhumane and unethical crime.

A meeting of Senate Standing Committee on Health, which took place in Islamabad, revealed that even the big-time renowned establishments such as Marriot, Serena, Savour Foods, McDonald’s, Al-Habibi Restaurant and others are on the same train – “hygienic food” isn’t even a priority to food-serving establishments and definitely not a well-maintained standard.

Dr Muhammad Tahir, the District Health Officer told the Senate Standing Committee’s Chairman Sajjad Hussain that contaminated or “dead” chickens are being used even by top restaurants of Islamabad – the capital of Pakistan.

He said that his teams found unhygienic meat stored for months in the establishment’s storage but failed to take action against these cold-blooded businesses due to their unmatched political influence.

Tahir also revealed that cows and chickens are injected with oxytocin to increase the meat output – adulterating the chicken making it unhealthy and harmful for human consumption. Such contaminated meat, upon consumption, can easily damage a human’s health causing a number of different diseases in the liver, heart, and even kidneys.

The same is also used to increase milk production in buffaloes. Other chemicals are also used commonly to increase the amount of milk. This adulterated milk is then used by top restaurants and hotels which leads to health problems for those who consume these milk products.

Dr Tahir insisted that the price of oxytocin should be increased so that it is no longer profitable for the businesses if they continue to use it.