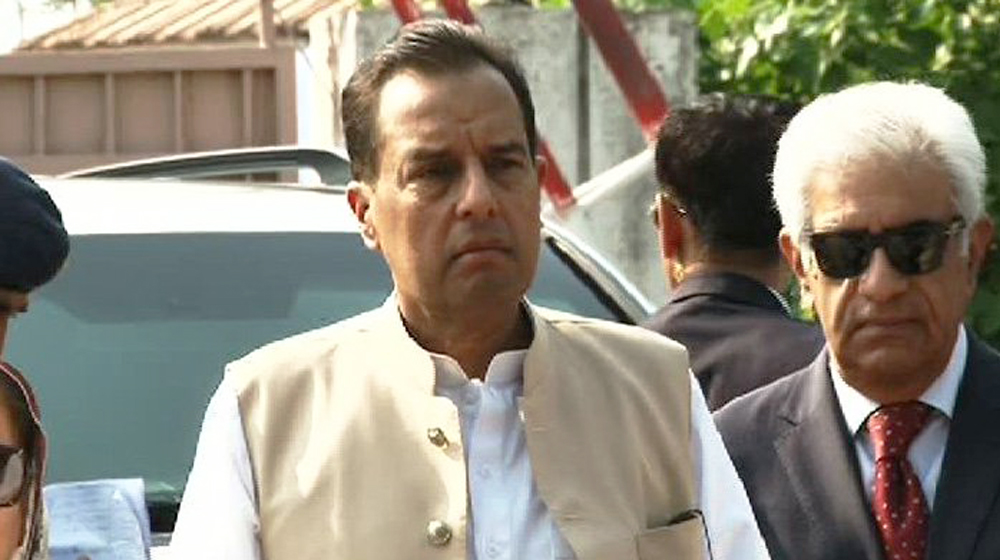 To add to the tribulations of PML-N, the National Accountability Bureau has arrested Captain (retd.) Safdar, the son-in-law of the former prime minister, Nawaz Sharif.

He was arrested on his arrival at the Islamabad airport from London. His wife, Maryam Safdar, was also with him when a six-member team of NAB waited outside the airport for him to arrive, this Sunday. He was moved to the NAB Rawalpindi office.

PML-N workers reacted to the news by protesting against the arrest by laying before the car. They even blocked the path of the NAB vehicle. The workers refused to let the vehicle pass even though a few party leaders, present on site, called them off.

Soon the PML-N Leader, Dr. Asif Kirmani, took command of the situation and sent out firm directives asking the workers to back off.

Maryam Nawaz was also further directed to appear before the accountability court on Monday for a hearing in reference to the Panamagate case.

“We are going back and will appear before the court and go through the wheels of justice. We respect the rule of law and the constitution,” Maryam Nawaz told a local media outlet.

Reason For the Warrant

The non-bailable warrant of arrest of Captain Safdar was issued after he and various other family members failed to appear before the accountability court.

A surety is likely to be collected from Maryam Nawaz and Captain Safdar to make sure that they don’t fail to show up for the hearing again. They will also be provided with the copies and references regarding the case.

On the other hand, Nawaz Sharif and his sons Hasan and Hussain Sharif, won’t be showing up for their hearings and an application will be filed regarding it. The court will call them again within the span of next week because the final verdict would be impossible to reach in the absence of Nawaz Sharif.

The only people who will be allowed to enter the premises of the judicial complex are those whose names have been provided to the law enforcers present on site. The media personnel will have to secure special permission from the registrar to enter the courtroom.

After the court hearing today, Captain Safdar has been released on bail. After hearing arguments from the prosecution, the court accepted bail of both Maryam Safdar and her husband. The judge ordered NAB authorities to release Captain Safdar after he submits surety bonds worth Rs. 5 million.