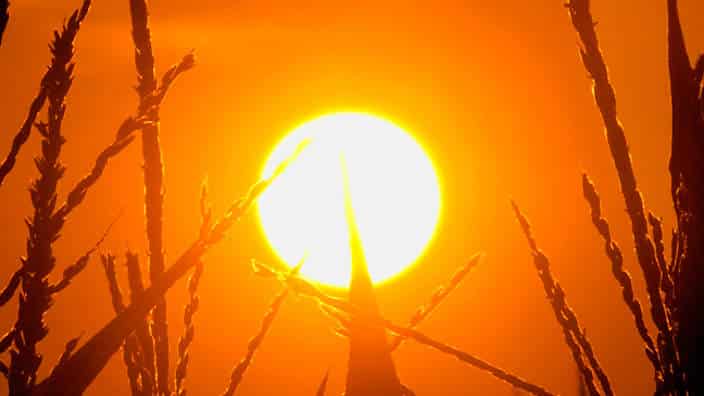 Karachi, along with other coastal areas, is likely to face a heat wave, accompanied with a further rise in temperature in the upcoming days.

Upon receiving warnings from the PMD, the National Disaster Management Authority (NDMA) has decided to take action.

On Tuesday, the NDMA did not only direct the concerned authorities to take the required measures but also issued a heat-wave advisory in order to prevent any unfortunate circumstances.

The NDMA is on a constant watch of the situation according to the document submitted by it.

Heat Wave To End By Friday

According to chief of PMD, Dr. Ghulam Rasul, even though the affected areas are expected to undergo a rise in temperature, they won’t experience a rise in humidity.

He further added that in the coastal areas of Karachi, the heat-wave is expected to end by Friday, and a drop in temperature shall be observed beginning on Saturday, “As the wind will start blowing from sea to land.”

Beginning Saturday, the temperatures are expected to drop to 35°C to 36°C, from the scorching 40°C faced by the city.

Read More: Surviving the Summer – 7 Tips to Beat the Heatwave

Dr. Ghulam, further brought into light the gravity of the situation by highlighting that the country is likely to face a water shortage in the upcoming months accompanied with an on-going dry spell.

He further added that, “Currently inflow of water in two main reservoirs of the country is very low while outflow is high. Temperatures in northern areas have dropped due to which glaciers have stopped melting,”

Rain Pattern Across The Country

Northern areas and north east Punjab are expected to receive a short rain spell after a week. Even though the rain spell is likely to lower the temperature down in the region, it would still not provide sufficient water to fill the reservoirs, Dr. Ghulam added.

Slightly below normal rainfall is predicted in most parts of Pakistan during the month, moreover two to three spells of rain with light to moderate intensity are expected in different parts of the country.