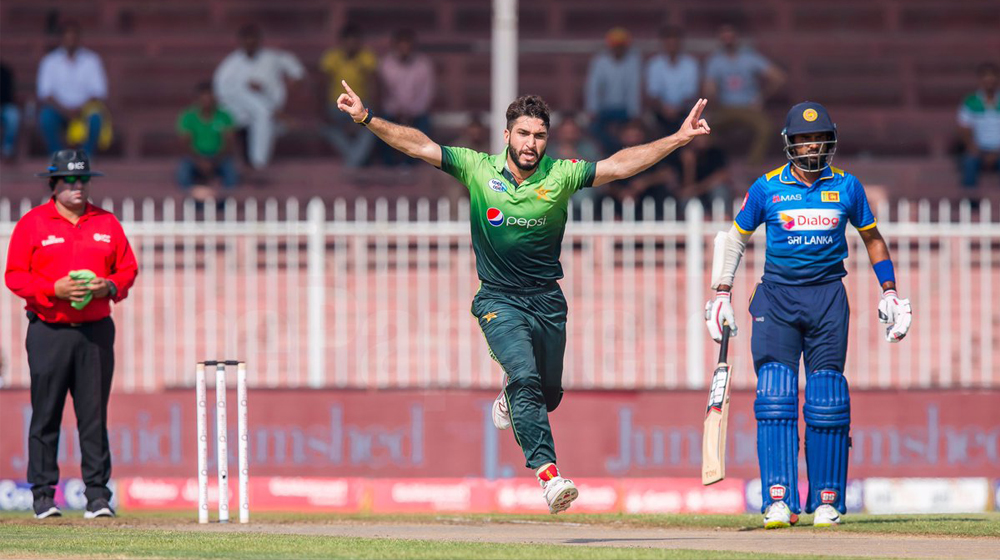 With four wins already in the bag, Pakistan have made a remarkable start against Sri Lanka in the final game of the ODI series thanks to Usman Khan Shinwari.

The Pakistani paceman has taken a five-wicket haul in his first 21 balls and has put Pakistan in a commanding position to whitewash the Sri Lankans.

Upul Tharanga won the toss and elected to bat but the top order was no match for Usman’s brilliance who took two wickets twice, in his first and second over, and his fifth in his third over, conceding 12 runs in the process.

Sadeera Samarawickrama was the first wicket to fall — and the first of three ducks in the top order – before Dinesh Chandimal fell first ball and Niroshan Dickwella was trapped LBW on the second ball he faced.

The skipper, Tharanga, was cleaned up by a tremendous angled and in-swinging delivery. Milinda Siriwardana’s wicket fell on the third ball of the third over which completed a stunning 5-wicket haul by the 23-year-old Usman Khan.

Take a look at the highlights from the remarkable bowling spell in the video below: