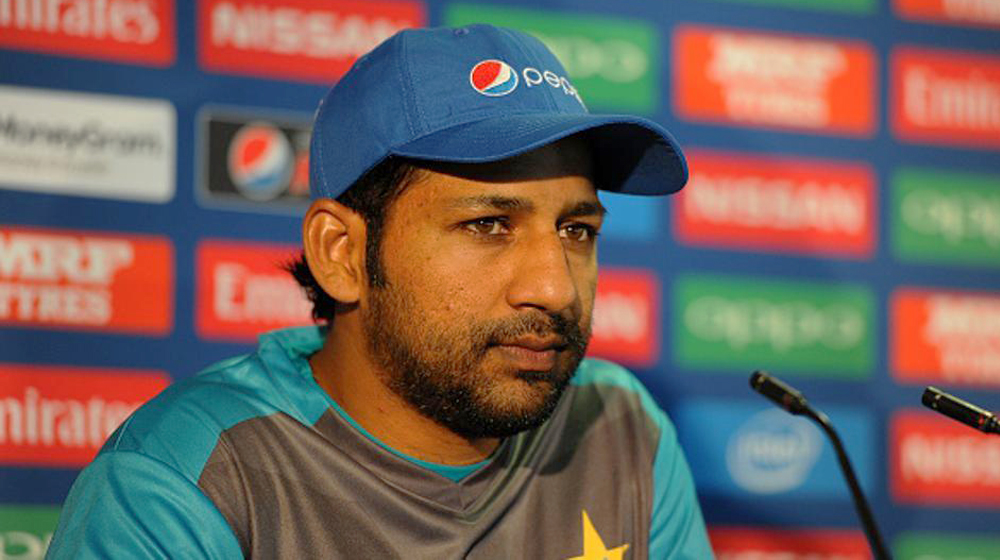 Sarfraz Ahmed, the captain of the national team, has expressed his relief when asked about the recent spot-fixing incident involving him.

The skipper informed the PCB about an approach made by a bookie who disguised himself as a fan and made the offer. The incident has since then been passed on to ICC who are looking into the matter.

Speaking about the matter ahead of the first T20I against Sri Lanka on Wednesday, Sarfraz said that he was not only relived after reporting the incident but he was also scared.

Sarfraz claimed that when your name is discussed so often in the media, it is bound to make you feel nervous even if you have nothing to hide.

Spot-fixing has always been a topic of debate when it comes to Pakistan cricket and as expected, Sarfraz’s incident was widely covered by the local media. He said:

Whatever happened, it is done and I did what I was supposed to do. But I wasn’t frightened after informing; in fact, I was more scared watching myself on TV.
I was discussed on TV so much that at some stage I started to feel fear. But by the grace of Allah, everything is getting normal.
When you are going into a series you need to be normal and everything is going good so far.

Mickey Arthur’s Opinion On The Matter

Pakistan national side’s coach, Mickey Arthur, also discussed the incident and he expressed his joy after finding out how well Sarfraz handled the grim situation. He said:

To be honest the player reacted unbelievably well, he did everything required of him and we had a chat straight afterwards.
It was handled brilliantly and I think that is a real example to our team and to the cricket world that a really important player was approached and acted to the letter of the law and did exceptionally well as a true ambassador of the game.
I am very comfortable with our players they are outstanding and I have no doubt that if anyone is approached they will do the same way as the individual did.

Remarks About The New-Looking Sri Lankan Side

Several Sri Lankan players have refused to travel to Pakistan for the third T20 game — because of the 2009 terrorist incident — which is why Sri Lanka have made necessary changes to their T20 squad.

After talking about the spot-fixing matter, Sarfraz was asked to shed some light regarding the first match to be played between Pakistan and Sri Lanka on Thursday at the Sheikh Zayed stadium in Abu Dhabi.

They have a new team but I know them as I have played against them when they were with A team.
I know Mahela Udawatte, [Danushka] Gunathilaka, [Isuru] Udana and T20 is a different form of the game and whoever plays better on the day will win. It will be an interesting series and fans will be able to see good cricket.

Sarfraz claimed that the entire squad is delighted that cricket is returning to Pakistan and they will do their utmost best to continue the momentum created in the ODI series, which Pakistan won 5-0.