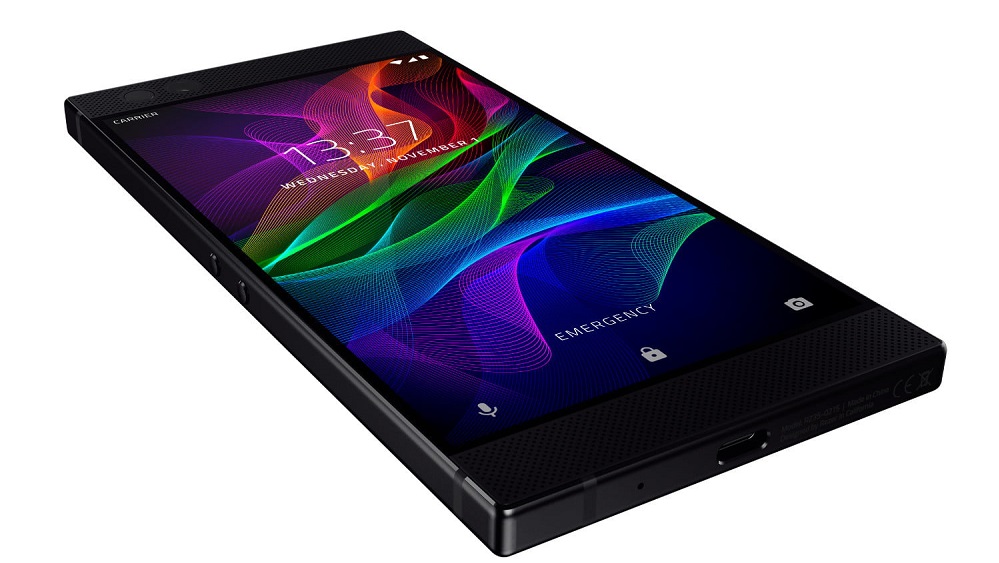 Popular gaming peripheral maker Razer is branching out; the company has unveiled its first ever smartphone, and as you’d expect it targets gamers. 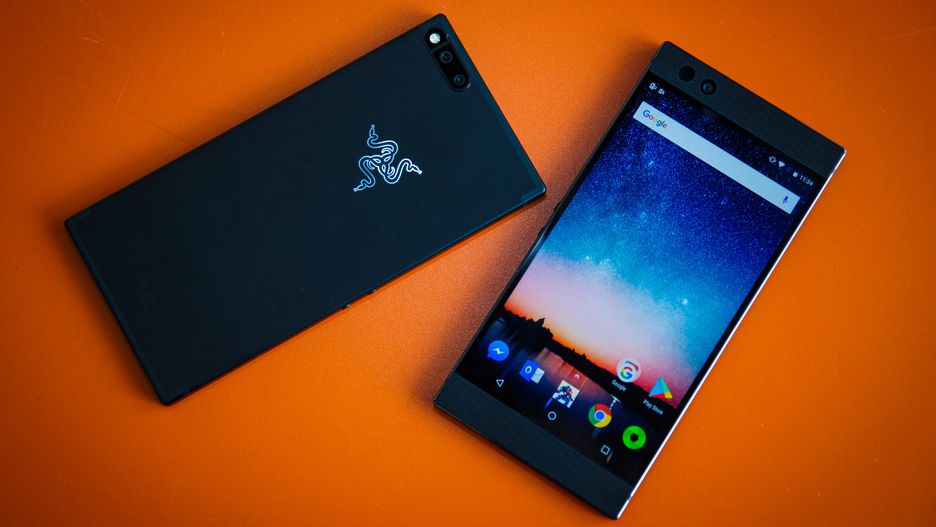 Razer Phone’s design borrows elements from the Nextbit Robin, featuring cleaner lines and a boxy chassis. The iconic black Razer finish gives it the feel of the company’s gaming laptops. The fingerprint scanner is embedded on the side in the power button, similar to how Sony does it.

The top and bottom bezels are large, unlike the bezelless, corner-to-corner screen trend we’re seeing these days. Overall the phone looks unwieldy and gigantic.

The LCD itself is a Sharp-made IGZO panel, which features UltraMotion tech for smoother animations. Razer is partnering with Square Enix and others, allowing titles such as Final Fantasy 15 Pocket Edition to make full use of the refresh rate.

Under the hood, you get Snapdragon 835. You can change the core frequencies of the processor to your liking and Razer has said that the have already slightly overclocked it for the phone.

It is the first phone to come with 8 GB RAM which Razer reckons is optimum for gamers. The company says that the phone makes full use of all of the 8 Gigabytes of RAM, unlike other phones with similar amounts of RAM (6-8 GB).

The storage is set at 64 GB, which is expandable via a microSD card slot. The phone runs on Android 7.1.1 Nougat, which will be upgraded to Oreo.

There’s no 3.5mm headphone jack, though it comes with a USB-C to 3.5mm adapter with a 24-bit DAC in it. The front-speakers are the first ever to be certified by THX.

The dual-lens setup on the back consists of a 12 MP wide-lens, alongside a 12 MP telephoto lens. There’s dual-tone LED flash, phase-detection autofocus as well as 4K video.

On the front is an 8 MP shooter.

The battery capacity is set at 4000 mAh, which is said to last an entire day of use. It supports Qualcomm’s Quick Charge 4.0 to cover your fast charging needs.

The price of the phone is set at $700, which is around just about what you’ll expect from a flagship phone.