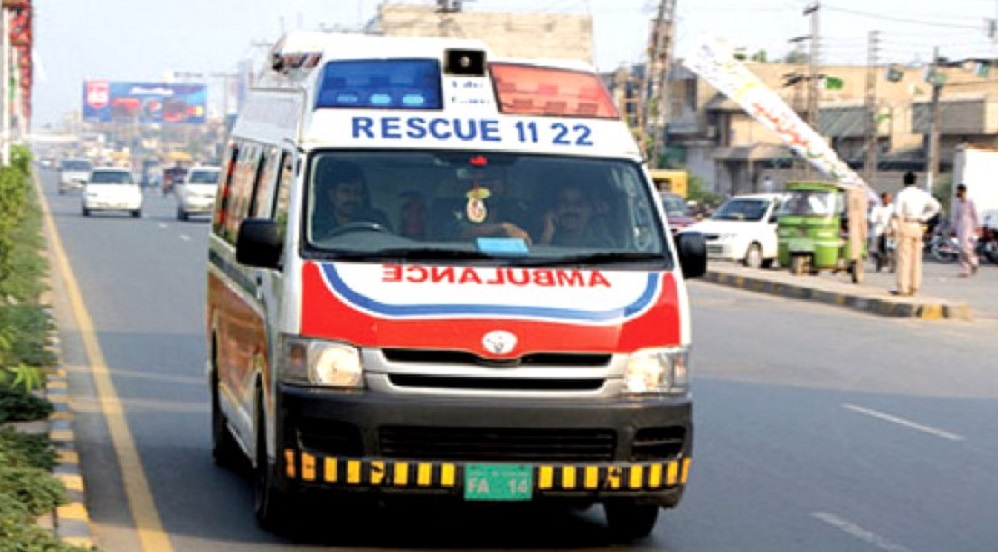 Losing a child is something no parent can ever think of. It is one of the hardest things to lose a child. In a tragic incident, an eight-month-old child died on his way to Pakistan Institute of Medical Sciences (PIMS) hospital while stuck in a severe traffic jam due to a religious rally in Islamabad.

After a written complaint was given by the father of the victim, the police have registered an “unintentional murder” case against the leader of the rally, Hussain Rizvi who is a cleric leading a religious rally to the capital on the issue of recent change in the clause of election law related to the Finality of the Prophethood (Khatm-e-Nabuwat).

Since Wednesday, Faizabad intersection, which is used by millions of passengers daily to commute between Islamabad and Rawalpindi, was closed due to the rally.

Hassan Bilal was being taken to PIMS due to some medical emergency on Wednesday evening. The family on their way to the hospital got stuck in a severe traffic jam. The traffic situation was so severe that the family was stuck for hours on their way to PIMS and were forced to finally take the child to a hospital near Khanna Pul.

Soon after reaching the private hospital, the child passed away due to a cardiopulmonary arrest at 10:20 PM. “My son died in front of mine and his mother’s eyes,” his father said.

The main demand of the religious rally is that government should identify and punish everyone who was involved in the change of the clause about the finality of Prophethood.

The family of the victim went to the Koral Police Station immediately after the death and lodged a complaint against the parties responsible for the religious rally. The roads were blocked by the Government before the religious rally took place. Why the roads have been blocked is something only the government can explain since the participants of the rally have not been stopped anywhere during their route. It has only caused problems for the citizens.

The father maintained in his application to the police

Khadim Rizvi and his fellows are responsible for the death of my son. If they had not blocked the road, we would have reached the hospital in time and my son’s life could have been saved

After the written complaint by the victim’s father, the police have registered a case under Section 322 “unintentional murder” against Rizvi and other parties involved.  A police officer said that the child had been referred to a doctor in PIMS but he couldn’t reach the hospital due to the traffic situation on the road.

The Islamabad High Court (IHC) ordered all the rallies to be held in Parade ground area only but the recent rally by Rizvi is a clear violation of the order.

In the month of Muharram, Rizvi’s entry was banned by Islamabad Capital Territory Administration as a precautionary measure.