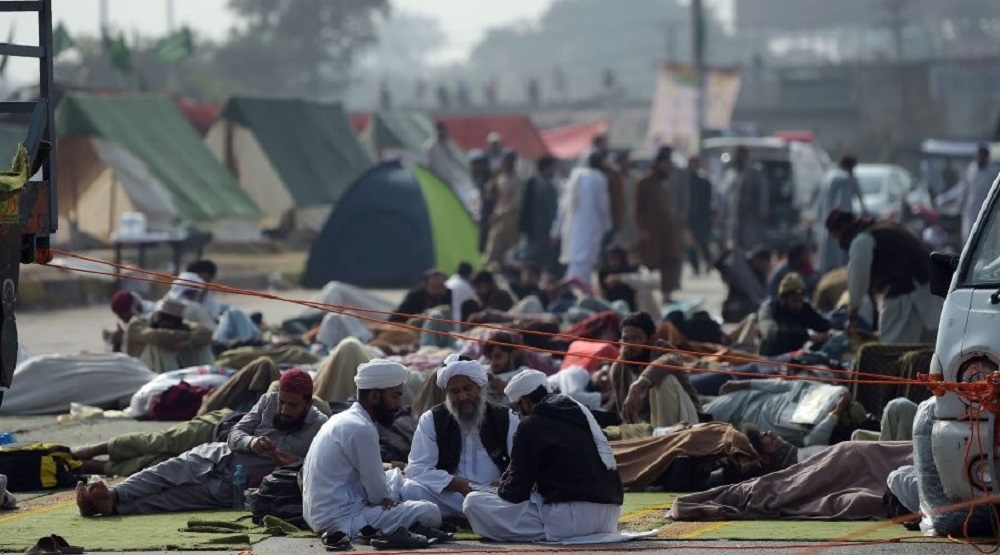 It’s been nearly six days since over 2,000 members of the Tehreek-i-Labaik Yah Rasool Allah Pakistan camped around the national capital as a form of protest. The protesters are demanding the resignation of the federal Law Minister due to a post-haste alteration to an oath undertaken by law-makers.

Their protest has put the regular routines of the inhabitants of the city in utter chaos. The protesters have camped over a flyover in Faizabad connecting Islamabad with the adjoining garrison city of Rawalpindi, a route that thousands of people in Islamabad travel through every day to work at the capital. 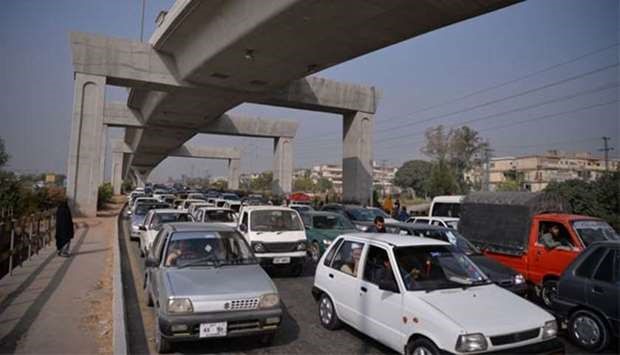 Youngsters armed with clubs guard the site. They search anyone approaching and refuse to let any vehicle enter the bounds, streaming those who come near with stones.

“The protesters have baseless demands. Authorities should deal (with) them with force and move them away from the road,” said Fayyaz Hussain, a commuter struggling to reach his office since two hours on Monday.

Despite the troubles the suburbanites are facing, the authorities did not take any necessary measures against this protest.  “Use of force is no option at the moment,” senior Islamabad official Shoaib Ali told AFP. He also said that the main priority was negotiations with the protesters.

The protesters vowed to not move an inch until their voice is heard.

“Either the minister resigns or we are killed or arrested: we will not leave this place,” Pir Muhammad Afzal Qadri, one of the group’s leaders at the protest site.

Another report says that, upon the force of TLYR, administrations had no choice and involuntarily limited the service of Metro Bus between twin cities and private inter-city transport service at Faizabad Bus Terminal.

Routes leading to Faizabad Interchange are blocked by placing barricades. Contingent of police, Rangers and other law enforcement agencies, stationed to maintain the law and order situation, trying to resolve the issue with talks rather than showing any harshness.

The district administrations Islamabad came up with a plan to avoid any incident. Protesters are blocked from entering the federal capital, especially in the Red Zone. Heavy contingents of police, Rangers and Frontier Constabulary stationed themselves in the Red Zone and other parts of the city.