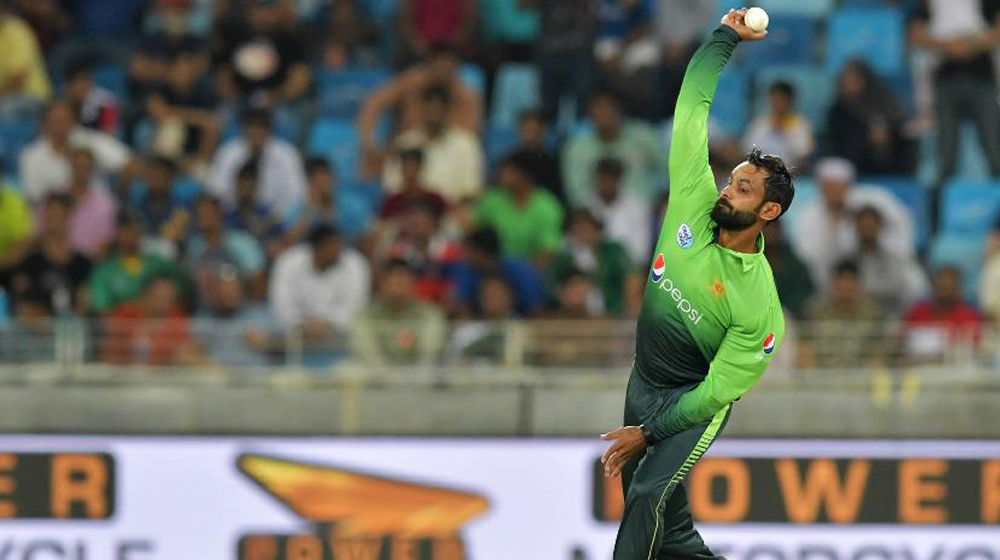 Muhammad Hafeez — who currently ranks as the best all-rounder in the world — has again been suspended from bowling in international cricket due to his action.

The ICC made the announcement today and Hafeez’s action was termed as ‘illegal’ after an independent assessment in England.

According to the assessment, majority of the off-spinner’s deliveries exceeded the 15 degree level of tolerance permitted under the regulations.

In accordance with Article 11.1 of the ICC Illegal Bowling Regulations, Hafeez’s international suspension will also be recognised and enforced by all National Cricket Federations for domestic cricket events played in their own jurisdiction.

However, pursuant to Article 11.5 of the Regulations and with the consent of the Pakistan Cricket Board (PCB), Hafeez may be able to bowl in domestic cricket events played under the auspices of the PCB.

This means that Hafeez has indefinitely been suspended from bowling internationally but may be allowed to bowl domestically, which includes the Pakistan Super League (PSL), which will be soon underway.

This marks as the third time Hafeez’s bowling action has been suspended. In November 2014, he was reported while Pakistan were playing a series against New Zealand. He was suspended the following month.

His second ban followed in April 2015, when ICC determined that his ‘remodeled action’ was not good enough either.

Hafeez can apply for a re-assessment after modifying his bowling action in accordance with clause 4.5 of the Regulations.