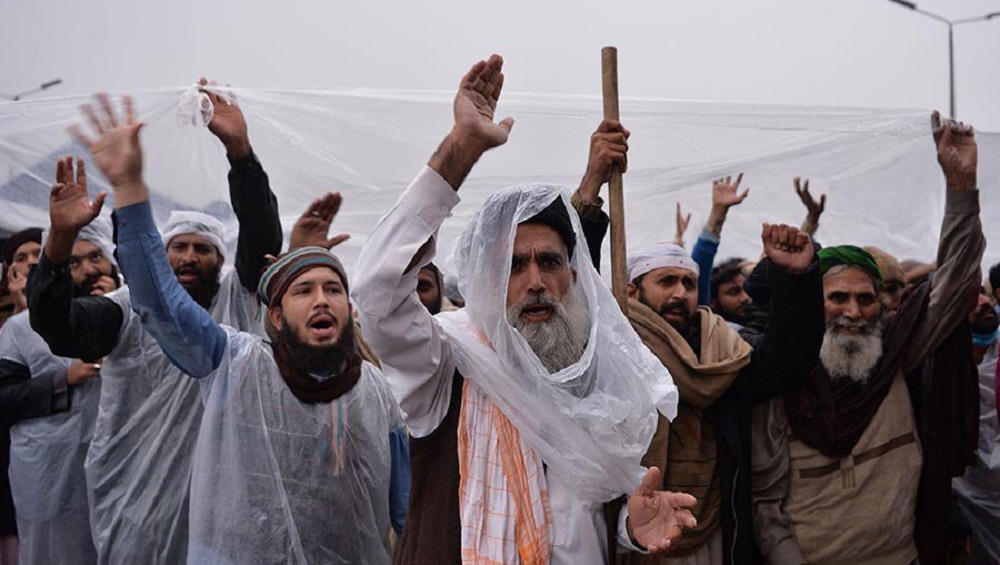 Interior Minister Ahsan Iqbal, before appearing in Islamabad High Court (IHC), announced an extension of two days for the protesters to end their sit-in.

Meanwhile, the lives of residents of Islamabad and Rawalpindi are paralyzed because the main interchange used by the residents of twin cities is closed due to the religious sit-in. The remaining highways have been blocked by the local authorities as a precautionary measure, essentially shutting down all major travel routes in the city.

The IHC had given orders to vacate the sit-in premises, but the protesters didn’t vacate the area. Interior Minister said that they didn’t want any mishap to take place like the incident of Model Town and the Lal Masjid incident in 2007.

Ahsan Iqbal said ‘The impression that we compromised on Khatam-e-Nabbuwat is not correct. I am hopeful that we will resolve the issue in 24-48 hours.”

The interior minister admitted his failure in not ending the sit-in which has paralyzed the lives of residents of Islamabad and Rawalpindi.

After hearing the request for extension of the deadline to end the protest, Justice Siddiqui postponed the hearing until Thursday. The court also issued show-cause notices for contempt of court to the interior secretary, chief commissioner and Islamabad inspector general.

The Deputy Attorney General said that the political leadership is involved in peaceful negotiations with the protesters.

‘Some aspects of the ongoing situation cannot be revealed in the open court’ said the law official.

The Islamabad High Court on Thursday asked the protesters to call off their sit-in after hearing a petition filed by Maulana Allah Wasaya against the changes made in the clause of Khatam e Nabuuwat clause, which was later reverted of Electoral Reforms Bill 2017.