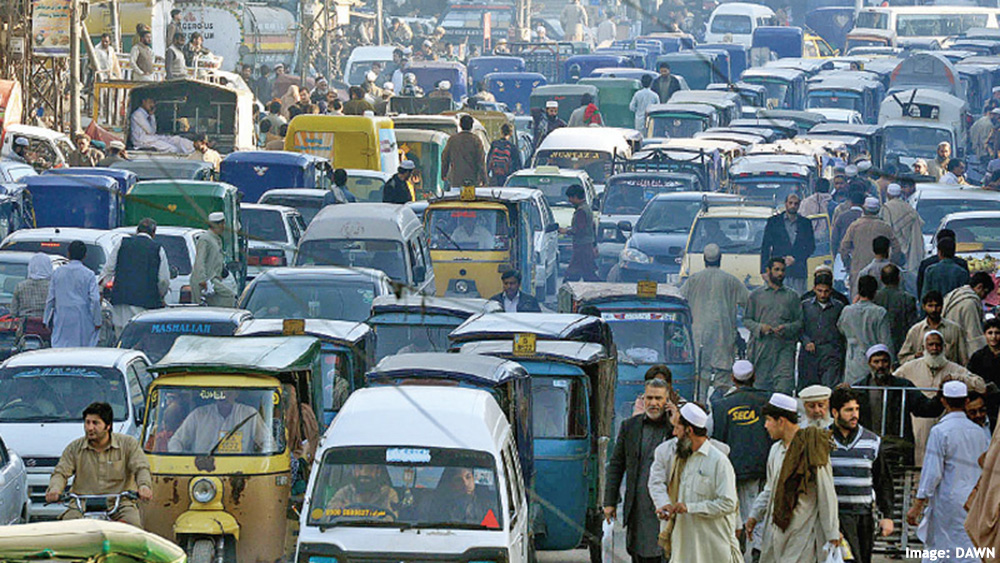 Taking the notice of proliferating traffic blockages on the busy roads of the provincial capital, Peshawar High Court (PHC) has ordered the traffic police officials to appear before the court with the traffic routes they have devised to tackle the traffic congestion in the city.

During yesterday’s hearing, the court was told that the provincial government had failed to provide alternative routes to the motorists of the provincial capital during the construction of the Bus Rapid Transit (BRT) project — in a petition filed by Maulana Amanullah Khan of Jamiat-e-Ulema Islam-Fazl.

“As reported in daily newspapers, traffic on the roads has come to a standstill due to faulty [traffic] management,” Amanullah stated, blaming the government for not providing the proper traffic plan before initiating the BRT project.

Upon the request of the petitioner, PHC ordered the concerned officials of the police department to appear before the court and explain this hitch.

He said that the provincial government has failed to provide the evidence of their claims regarding the capability of the project to finance itself.

The petition also raised the issue regarding to the land procurement for the project. But the government’s advocate, Abdul Latif Yousafzai, denied all the allegations by stating that the government has acquired only 10 acres of land in Chamakani.

“Besides this, the government will not procure land for the project,” Yousafzai told. “The corridor will only pass through GT Road.”

In the end, the court directed the government advocate to submit the signed contract documents and the NOC, before adjourning the case till Thursday (today).