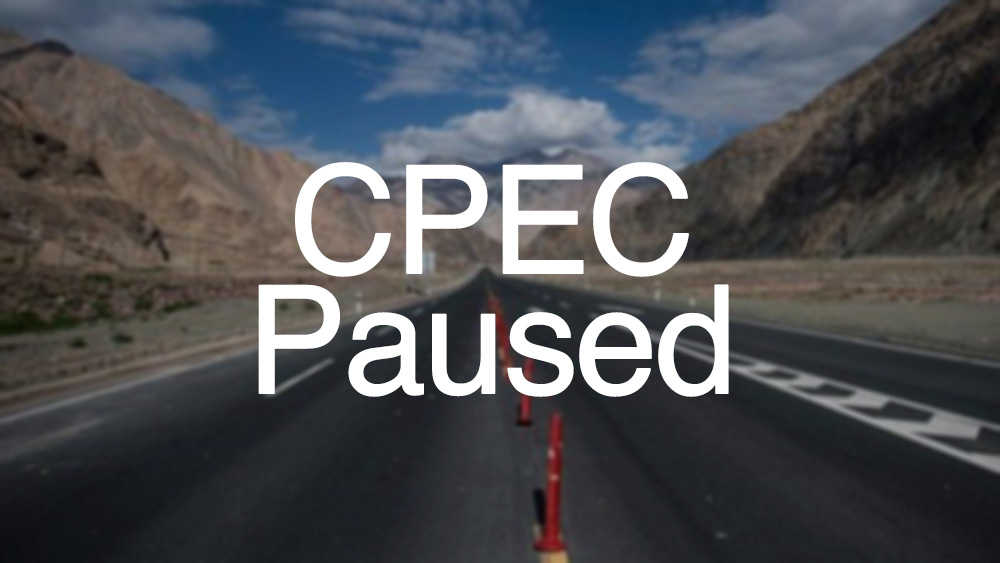 According to a government official, China has halted three China-Pakistan Economic Corridor (CPEC) road projects till further notice from Beijing. This decision could impact NHA’s several other projects with a combined value of around Rs. 1 trillion.

At first, these three projects were under Pakistan government’s own establishment plan, but NHA announced to handover the projects to China, under the umbrella of CPEC, in December 2016.

The finalization of funds, which were approved last year in the 6th Pakistan-China Joint Cooperation Committee (JCC) meeting, was expected during the Joint Working Group (JWG) meeting held on November 20, but no decision was taken after the Chinese officials said they are waiting for ‘new guidelines’ from Beijing.

In the last JWG meeting, the Chinese officials informed the Pakistani representatives that previous funding procedure has been scrapped by China and a new procedure will be released soon.

An official who attended the meeting told,

In fact, the Chinese authorities informed us that the previous procedure of release of funds was meant for early harvest projects only and new guidelines will be issued for future projects of the CPEC.

The official revealed that Pakistani representatives were ‘stunned’ by their new decision at first.

Moreover, he told that this new decision could be because of ongoing reports of ‘corruption in CPEC projects’ published by Pakistani media.