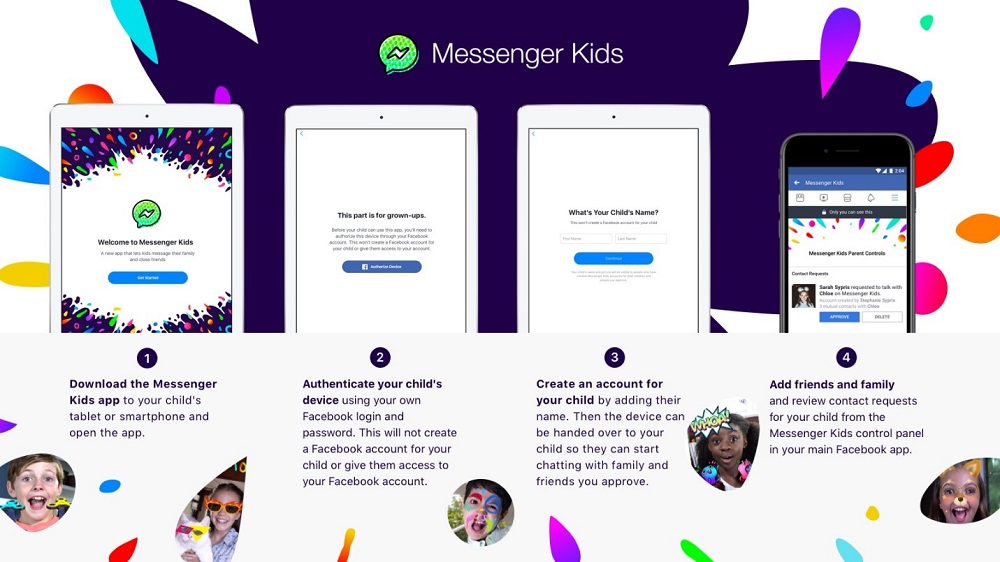 Facebook has introduced a new app just for kids under 13 years of age. This child-friendly app allows your kids to chat with their friends and family all under their parents’ supervision. Now you don’t have to worry about your little one being left behind in a family group chat.

The app is easily accessible without signing up your child for an official Facebook account or having a phone-number for your child. Facebook product management director Loren Cheng said,

We’ve been working closely with the FTC so we’re lockstep with them. ‘This works’, they said.

“In other apps, they can contact anyone they want or be contacted by anyone” Facebook’s head of Messenger David Marcus notes.

Why Was it Needed?

It took 18 months for Facebook to research on what parents and kids are looking for in an app. They partnered up with National Parent Teacher Association for the safety insights as well as Blue Star families who have to stay away from their children due to military deployments.

Research shows that 93% of 6-12 years old in the US have access to tablets and smart phones, where 66% of them have their own device. Three out of five parents, who were part of the of the survey, said that kids under 13 use messaging apps, social media or both, however, those apps are not considered child-friendly. 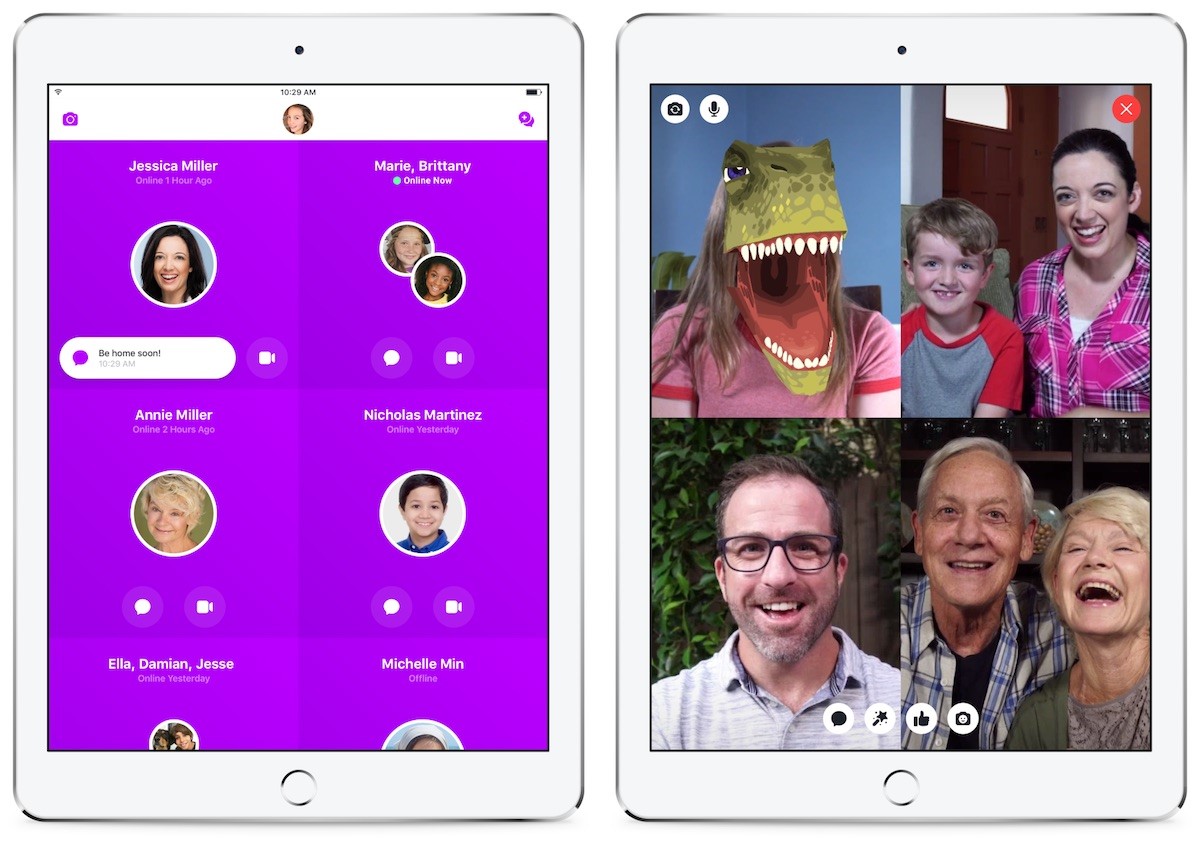 How Does it Work

Here’s what you have to do:

Since it is inter-linked with the Facebook Messenger app, you don’t have to download the Kids Messenger app on your device.

Kids are allowed to freely chat with their grandparents, cousins and friends in a much safer environment.

To add in a little more fun, Facebook designed fun filters to play with, like dinosaurs, fidget spinners, crayons stickers, etc. Along with that, they also added in a ‘kid’s version’ of Giphy, so you don’t have to worry about what GIFs your child searches for.

As safe as it sounds, what’s surprising is that parents cannot secretly spy on what their kids are chatting about in the Facebook Messenger app. Instead, you have to do it the old-fashioned way by asking your child to let you see what they are typing.

In case your child reports a piece of objectionable content, you will be notified but would not be able to see the content from your own app.

For more information on this app, you can visit MessengerKids website.