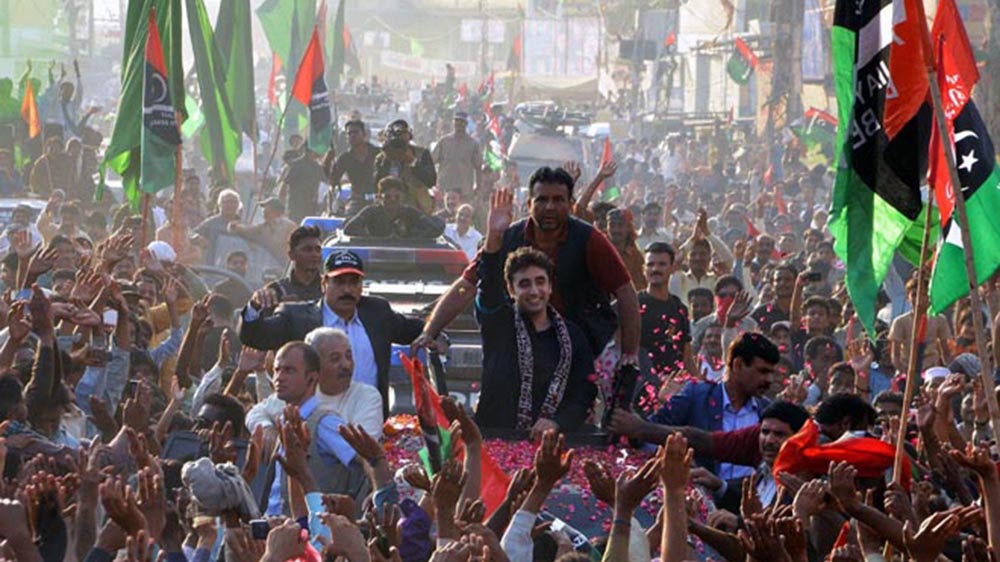 Islamabad has to face yet another shutdown today as Bilawal Bhutto Zardari, Chairman of Pakistan Peoples Party (PPP), will hold a public meeting (jalsa) in the capital.

At noon, the roads adjacent to Faizabad Interchange will be blocked for the daily commuters as the Chairman of PPP will be leading a congregation in Parade Avenue — which will be attended by thousands of party workers, activists, and followers.

After recovering from a shutdown of 20 days, major roads linking to Faizabad Interchange will be closed yet again for the motorists as the political party is holding a meeting in accordance with its founding day.

The Islamabad Expressway has been sealed from Zero Point to Faizabad Interchange and Garden Avenue for the routine traffic. Only party supporters would be allowed to use the roads to reach the venue.

Around 500 traffic personnel have been deployed across the city to redirect the traffic to other routes and avoid road congestions. According to the sources, the roads will remain blocked till the dismissal of gathering.

Senator Farhatullah Babar told the media that majority of gathering would be from Islamabad and Rawalpindi but we’re also expecting people from Kashmir, KP, Sindh and Balochistan that are willing to attend the jalsa.

However, our focus will be on the residents of Islamabad and Rawalpindi. Our leaders such as Nayyar Hussain Bukhari, Sherry Rehman, Mustafa Nawaz Khokhar and others have been making efforts to ensure maximum participation from the twin cities and nearby areas.

He revealed that PPP’s provincial presidents along with that of AJK and GB’s party leaders will also address the crowd today. He said that,

PPP Secretary General Nayyar Hussain Bukhari and opposition leader in the National Assembly Syed Khursheed Shah will also deliver speeches. Barrister Aitzaz Ahsan was also scheduled to speak but he is out of the country.

Rashid Rabbani has also arrived from Karachi along with other party members of the Sindh Assembly.