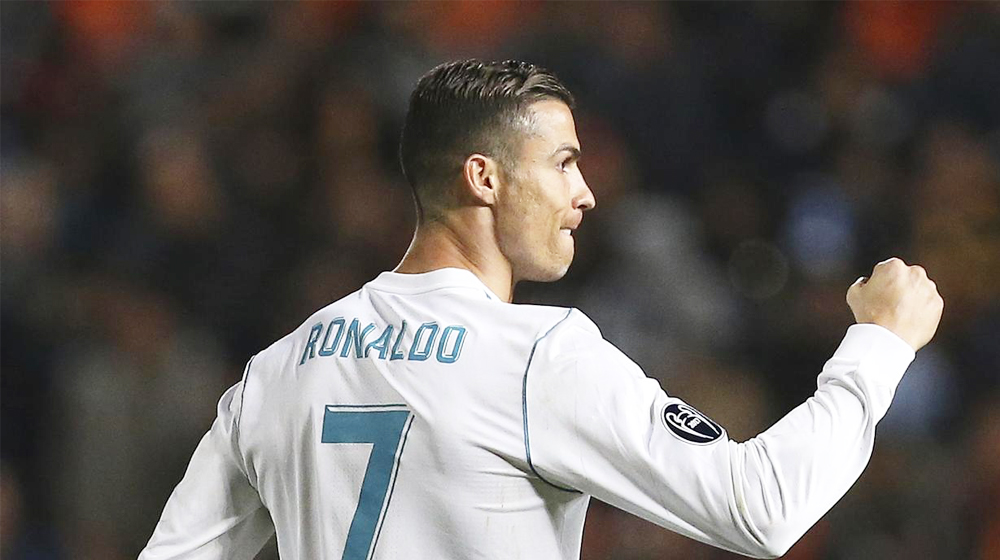 Cristiano Ronaldo started his Balon d’Or celebrations early after scoring a goal in a 3-2 win over Borussia Dortmund to become the first player in the history to score in every Champions League group stage game.

Tipped to win the Balon d’Or for a 5th time in his career on Thursday, Ronaldo is still breaking and setting new records at the age of 32.

Ronaldo proved crucial in the win on Wednesday night; he made the first goal after he fiercely ran towards Dortmund’s defense and scaring them. He then passed the ball to Isco, who delightfully edged the ball to Borja Mayoral and he marked his first Champions League start of the season with a goal.

The second goal was scored by the man himself. Ronaldo charged from the left flank again and dipped a curling shot off his right foot beyond a stationary Roman Burki.

Being Germans, Dortmund remained persistent and could have had a goal back through Shinji Kagwa had it not been for Raphael Varane — who was later taken off due to an unexpected injury.

Christian Pulisic was running the show for Dortmund whereas Ronaldo kept stealing the limelight when Madrid were in possession.

However, Madrid’s celebrations were cut short two minutes prior to the half-time break as Aubameyang pulled a goal back. Determined Aubameyang started the second half with real intent and again dealt a huge blow by equaling the scores at 2-2.

The atmosphere grew intense and Dortmund reverted to the counter-attacking strategy, determined to close the game with a draw.

In the 81st minute, Dortmund were left in tears as Lucas Vazquez combined with Marco Asensio and Theo Hernandez to give Real Madrid the win.