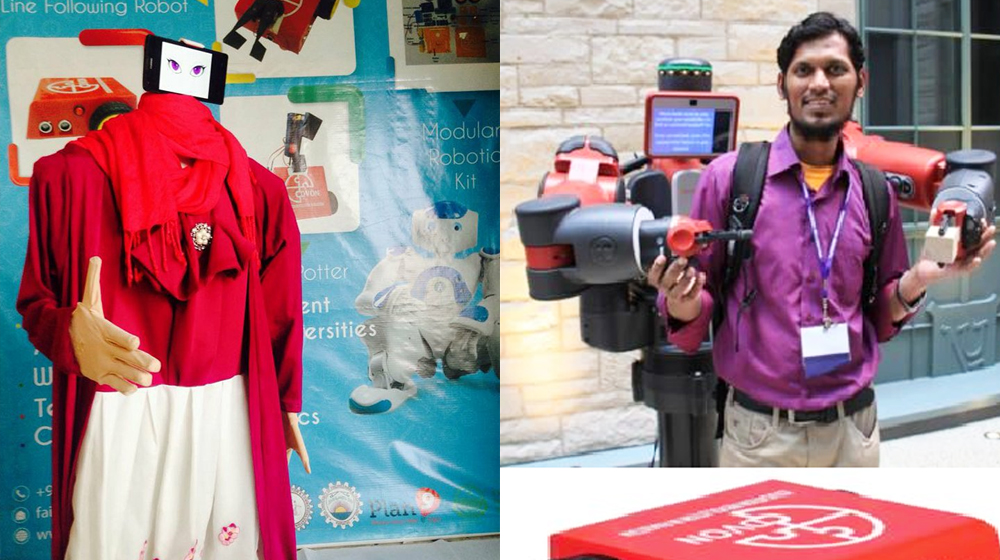 Hardware startups are a rarity in Pakistan. Very few Pakistani entrepreneurs venture into this field, either due to a lack of investment or the unavailability of basic hardware components.

EdVon, a Robotics startup focused on STEM education for children, is one of the few exceptions that is trying to make it big in the field of robotics. Up until recently, they had limited themselves to the field of education by instilling the concepts of Science, Technology, Engineering and Mathematics (STEM) in young brains.

Now, they have finally unveiled a consumer robot, giving us a glimpse of what this interesting little startup has in store for us.

EdVon was founded by Muhammad Nabeel, an Electronics Engineer from NED University with a Masters from Korea University of Technology and Education.

The startup develops educational robots for specific age groups to teach different concepts of STEM education. From regular year-long courses to robotics competitions, they engage in a number of activities.

Currently, they work out from an office at CINETIC, NED University, Karachi. Nabeel has been helped along in his venture by his little brother, Huzaifa Sheikh, a computer science graduate from IBA and a co-founder at EdVon who now works as a software developer at EdVon, and their sister, Faiza, the marketing head at EdVon. 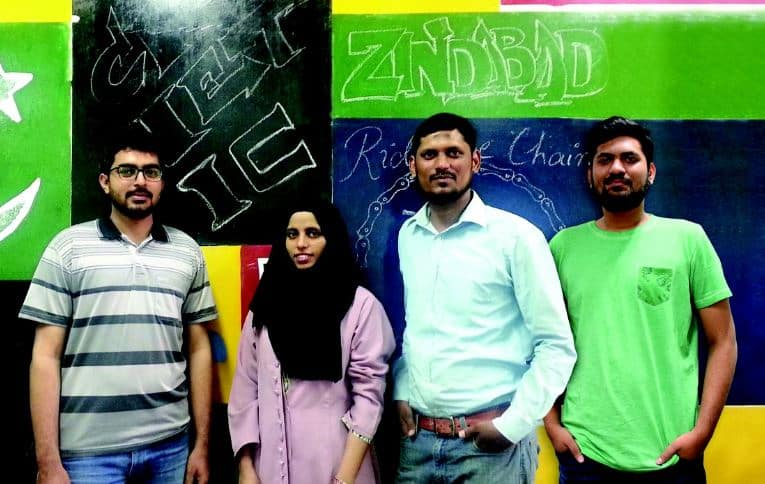 Caption: From left to right, Obaid, Faiza, Nabeel and Huzaifa

A Robot For Daily Household Chores

For the past one year, the team behind EdVon has been working on a robot capable of performing basic household chores. This time though, they wanted it to be good enough to sell to average consumers instead of using it just as a teaching tool for kids.

The consumer robot idea was suggested by Huzaifa while working at EdVon last year. He had to stay in late at the office due to the intense workload and with his brother staying abroad, there was no one at home to help his mother carry out some daily tasks.

So we have decided to build a multi-purpose robot that can help people like my mom buy groceries and perform chores like dusting at home.

They have managed to come up with a decent working prototype. They recently shared a video of a working prototype of their robot — which they used to welcome people at “STEM-based Awareness Workshop for Parents”.

Although it is more of a telepresence robot at this stage and a lot of work needs to be done to meet EdVon’s ambitious goals, their work does show a lot of promise. According to Huzaifa, some of the functionalities of this robot include,

The robot is just the first version! We are working on to make a robot that can totally replace a servant for your homes. It will be capable of dusting, sweeping, cooking and many more such chores.

When asked about working as a hardware startup in Pakistan, Huzaifa said that they have faced numerous difficulties during the development phase because of the unavailability of the required actuators and sensors from the local market.

The problem with a hardware startup is that you need a huge investment because you need to pay up for even the smallest development. The only way to reduce the cost when developing hardware is to plan well before executing so that you do not need to spend much money on testing.

The original idea for this robot may be intended for household chores but there are tons of other areas where it can be used. If done right, it can be used as a receptionist in a restaurant to an aid for the elderly to perform their daily routines, there are endless applications for it.